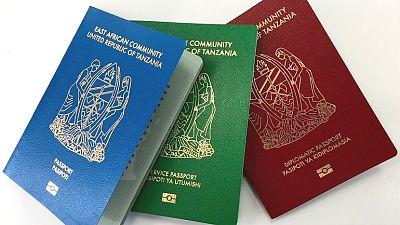 As the deadline for use of old passports looms this month, the number of Tanzanians applying for electronic passports has drastically increased to an average of 1,200 applications from between 300 and 400 per day.

The Commissioner-General of the Immigration Department, Dr Anna Makakala, told the “Daily News” in an exclusive interview yesterday that Tanzanians, both within the country and those abroad, are responding positively in applying for E- passports.

“Many people are turning up applying for the new electronic passports since the old ones are no longer eligible for the application of visas,” said Dr Makakala.

“Tanzanians with the old passports could only use them to travel from abroad to Tanzania during the remaining period. On the contrary, they cannot use the documents to apply for a visa to travel outside the country,” Dr Makakala explained, stressing further that all applicants must possess the national identity cards issued by the National Identification Authority (NIDA).

Dr Makakala noted on the other hand that the Department has since August, last year installed equipment for issuance of electronic passports at all Tanzania's embassies abroad.

The commissioner-general stated further that the Tanzanian electronic passports has won accolades globally for its security features, meaning that their holders can travel hassle free unlike previously with the shelved travel documents.

President John Magufuli was the first Tanzanian to be issued with the electronic passport on January 31, 2018 when he graced the launching of the new East African Community's e-passport at the Immigration Department headquarters in Dar es Salaam.

The issuance of the e-passport is part of a wider strategy by the regional bloc to boost integration among member states.

Available data shows that nearly 50 African countries have issued e-passports to their citizens including Ghana, Gabon, Egypt, Morocco and Mauritius, among others.

The 35th EAC Council of Ministers which convened on April 4, 2017, directed partner states to begin issuing EA e-passport from January 31, 2018, after which the EAC heads of state equally approved the decision.

During the launch of the e-passport in Tanzania way back in 2018, the then Minister for Home Affairs, Dr Mwigulu Nchemba handed over the documents to top government officials led by President Magufuli and Zanzibar President, Dr Ali Mohammed Shein.

The difference between the previous passport and the current e-passport is that the latter has a chip that stores the holder's biometric information.

The new electronic passports cost 150,000/-. In order to avoid the previous mistakes whereby passports were issued to non-citizens, the government decided that every applicant should start the process afresh and one must be in possession of national ID.

The passports are grouped in three categories namely diplomatic, service and ordinary passports and is valid for 10 years.

Among the reasons for the introduction of electronic passports was to step up the war against terrorism and keep abreast with technological advancements globally.

The new document has more pages than the previous ones and with improved security features, thus it will be easier for Tanzanians who lose their passports while abroad to get immediate assistance from Tanzanian embassies.

According to Dr Makakala, Tanzania has fully complied with standards and guidelines set by the International Civil Aviation Organisation (ICAO).

The Immigration Department has already initiated online application forms to enable every Tanzanian from around the world to apply for the new document.