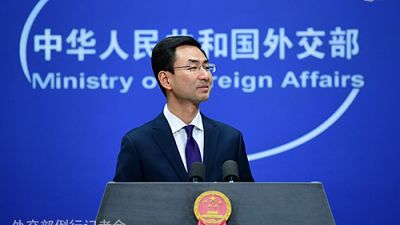 A: Since 1991,Africa has been the destination for the Chinese Foreign Minister's first overseas visit each year for 30 years in a row. The continuation of this fine tradition once again speaks volumes about the high priority China consistently attaches to developing its ties with Africa as well as ever stronger China-Africa friendship.

This year marks the 20th anniversary of the Forum on China-Africa Cooperation (FOCAC) and is an important year to implement the outcomes of the 2018 FOCAC Beijing Summit. State Councilor and Foreign Minister Wang Yi's upcoming visit will follow President Xi Jinping's ideal of upholding the principles of sincerity, real results, amity and good faith and pursuing the greater good and shared interests to strengthen communication and complementarity with the African countries, implement the important consensus reached by President Xi Jinping and African leaders and jointly follow through on the outcomes of the FOCAC Beijing Summit with a view to advancing China-Africa BRI cooperation, building on China-Africa traditional friendship and moving forward the bilateral ties between China and relevant African countries and China-Africa relations as a whole.

Distributed by APO Group on behalf of Ministry of Foreign Affairs of the People’s Republic of China.
Media files