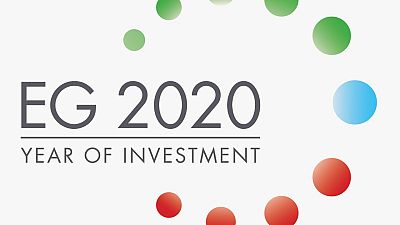 The Ministry of Mines and Hydrocarbons has concluded its work program and budget meeting evaluations after technical negotiations with oil and gas companies; The country estimates $1.2 billion in investments and a contingent forecast of $273 million into its hydrocarbon sector in 2020; The country is actively pursuing international investors in an effort to increase exploration activity and boost its oil and gas sector.

Equatorial Guinea’s Ministry of Mines and Hydrocarbons (MMH) has concluded its evaluation of work programs and budget meetings of multiple oil blocks in the country, corresponding to the 2020 fiscal year, which has yielded many successful results.

A major outcome of these meetings is the expected direct investment of a minimum of $1.4 billion; a firm $1.2 billion and a contingent forecast of $273 million predicted for 2020, associated with the drilling of two wells and the continuous development of six existing wells.

The expected investment will support several oil field projects, aid in the generation of reservoir models and assist in the preparation of drilling equipment in identified prospects up until the first quarter of 2021. The investment will also generate a robust amount of direct and indirect jobs in the country’s hydrocarbon sector specifically for citizens of Equatorial Guinea.

“We expect 2020 to be the biggest year of investment in Equatorial Guinea’s hydrocarbons industry in years. This is a strong sign of our industry’s enduring attractiveness and will enable us to continue increasing oil and gas production, support local companies and create jobs.” Stated H.E. Gabriel Mbaga Obiang Lima, Minister of Mines and Hydrocarbons.

In 2019, Noble Energy, Trident Energy and Kosmos Energy, all made offshore discoveries and will enter 2020 doing further appraisals. Those offshore campaigns are expected to yield positive results in Equatorial Guinea’s efforts to reverse oil production declines.