There was standing room only as ministers, diplomats, activists and journalists gathered at the IFEMA conference centre in Madrid to mark Africa Day at the COP 25 climate meeting.

Speakers called for a united front to tackle the challenges of climate change in Africa.

In the opening statement for Africa Day on Tuesday, Yasmin Fouad, Egypt’s Minister of Environmental Affairs, on behalf of the African Union, said: “We have, and will continue to engage and to seek landing grounds on the outstanding issues. But we must flag our concern at the apparent reluctance by our interlocutors to engage on issues of priority to developing countries, as evidenced by the large number of such issues which have simply been pushed from session to session without any progress.”

Africa contributes the least to global warming emissions yet is the continent most vulnerable to climate change, as witnessed by devastating natural disasters recently. Africa Day has been held at the conference every year since COP 17 in 2011 to rally support for the continent’s cause.

“Africa needs to move towards market-based innovative financing models to achieve a strong, united, resilient and globally influential continent. The future of Africa depends on solidarity.”

“The lack of concerted and meaningful global ambition and action to tackle climate change poses an existential threat to African populations,” Songwe said.

The Paris Agreement is the guiding force of current climate negotiations. It calls on nations to curb temperature increases at 2°C by the end of this century, while attempting to contain rises within 1.5°C. The next step is to implement NDCs, which set out national targets under the Paris Agreement.

While African countries outlined bold aspirations to build climate resilient and low-carbon economies in their NDCs, the continent’s position is that it should not be treated the same as developed nations as its carbon emissions constitute a fraction of the world’s big economies.

“The African Union Development Agency (AUDA-NEPAD) remains committed to partnering with other institutions in providing the requisite support to AU member states in reviewing and updating their NDCs,” said Estherine Fotabong, Director of Programmes at AUDA-NEPAD.

Barbara Creecy, South Africa’s Environment Minister and current chair of the African Ministerial Conference on the Environment, said the Africa Day event should come up with new ideas to enhance the implementation of NDCs in Africa.

Africa is already responding positively to the challenge of climate change, said Anthony Nyong, Director for Climate Change and Green Growth at the African Development Bank, citing huge investment interest in renewables at the Bank’s Africa Investment Forum in Johannesburg.

“Clearly, we are a continent that has what it takes to create the Africa that we want to see happen. I believe what has been the missing link is the ability to brand right and to act on the market signals,” Nyong said. “We continue to present Africa as a vulnerable case and not as a business case with opportunities. In fact, where we have attempted the latter, the results have been spot-on.”

“The world’s response to the challenge has shown that legislation is imperative to cement efforts employed by various stakeholders; from the Paris Agreement to Nationally Determined Contributions,” he said.

Amb. Josefa Sacko, Commissioner for Rural Economy and Agriculture at the African Union Commission, said climate change affected sectors key to Africa’s socio-economic development, such as agriculture, livestock and fisheries, energy, biodiversity and tourism. She called on African countries to take stock of the Paris Agreement, and its implementation around finance capacity building and technology. 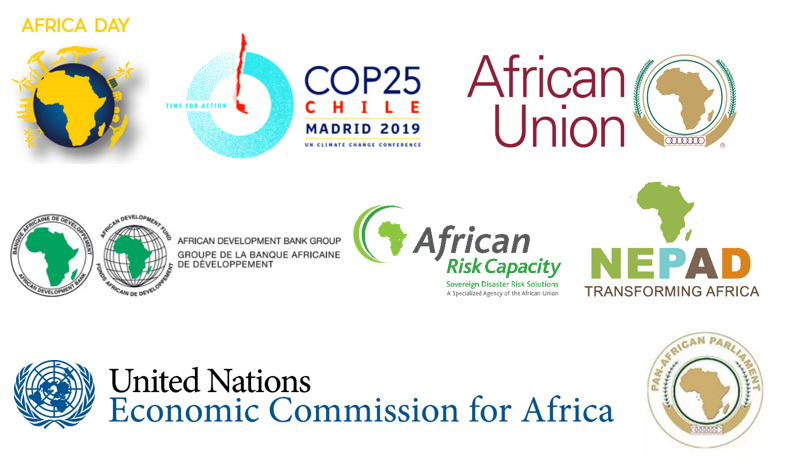