Despite significant increase in birth registration, a quarter of the world’s children remain ‘invisible’ – UNICEF

The number of children whose births are officially registered has increased significantly worldwide, yet 166 million children under-five, or 1 in 4, remain unregistered, according to a new report released by UNICEF today on its own 73rd birthday.

Birth Registration for Every Child by 2030: Are we on track? – which analyses data from 174 countries – shows that the proportion of children under-five registered globally is up around 20 per cent from 10 years ago – increasing from 63 per cent to 75 per cent.

“We have come a long way but too many children are still slipping through the cracks, uncounted and unaccounted for,” said UNICEF Executive Director Henrietta Fore. “A child not registered at birth is invisible – nonexistent in the eyes of the government or the law. Without proof of identity, children are often excluded from accessing education, health care and other vital services, vulnerable to exploitation and abuse.”

Global progress is driven largely by great strides in South Asia, particularly in Bangladesh, India and Nepal, but recent years have seen advances in birth registration in West and Central Africa as well. Liberia, for example, increased the level of birth certification from 4 per cent to 25 per cent between 2007 and 2013.

To improve accessibility in Liberia, UNICEF supported integrated service delivery models of birth registration within health facilities and at county level through one-stop centers. As of October 2019, over 112,000 children between the ages of 0-12 have been registered all over the country, including over 32,000 children below the age of 12 month. The highest number of registrations since 2016.

“Birth registration in West and Central Africa remained stagnant for a long time, leaving millions of children without their basic right to legal identity. This situation has now changed and millions more children are registered at birth”, said Marie-Pierre Poirier, UNICEF Regional Director for West and Central Africa. “With UNICEF’s support and under the leadership of the African Union and of national governments, countries have invested in integrating birth registration in health and immunization platforms to extend the coverage and accessibility of services and reach even the most vulnerable populations. This simple shift in service delivery is not only low cost but effective in increasing national registration rates, contributing to progress in the region as a whole.”

Despite progress, most countries in sub-Saharan Africa are lagging behind the rest of the world and some of the lowest levels of registration are found in Chad (12 per cent) or Guinea-Bissau (24 per cent).

“Governments must scale up proven solutions to improve birth registration, if they are to meet the Sustainable Development Goal target on making every child count”, stressed Marie-Pierre Poirier.

In Liberia, the birth registration is under the mandate of the Ministry of Health. “Together with UNICEF we work closely on creating an enabling environment to expand the provision of services to 26 new birth registration centers located in public and private hospitals”, said Chea Sanford Wesseh, Assistant Minister of Vital and Health Statistics in Liberia.” Meanwhile, we are revising the Public Health Law of 1976 to extend the time frame for current birth registration from 14 days to 30 days”. In 2019, Liberia reach more children than any other year in her history and has registered the highest proportion of newborns and under-five.

Barriers to registration globally include lack of knowledge on how to register a child’s birth, unaffordable fees for registering a birth or obtaining a birth certificate, and distance to the nearest registration facility. Traditional customs and practices in some communities – such as new mothers staying indoors or single mothers’ inability to register their children – may also deter or prevent formal birth registration in the permitted timeframe.

Even when children’s births are registered, possession of a birth certificate is less common, with 237 million children under-five globally – or slightly more than 1 in 3 – lacking this official proof of registration.

In Birth Registration for Every Child by 2030, UNICEF calls for five actions to protect all children:

“Every child has a right to a name, a nationality and a legal identity, so any improvement in increased registration levels is welcome news,” said Fore. “But as we have just marked the 30th anniversary of these rights – as enshrined in the Convention on the Rights of the Child – we must not stop until every child is counted.”

UNICEF global databases include birth registration estimates for 174 countries, primarily from nationally representative household surveys such as the Multiple Indicator Cluster Surveys (MICS) and Demographic and Health Surveys (DHS). Other data sources in the global database include other national surveys, censuses and vital statistics from civil registration systems.

Distributed by APO Group on behalf of UNICEF Liberia. 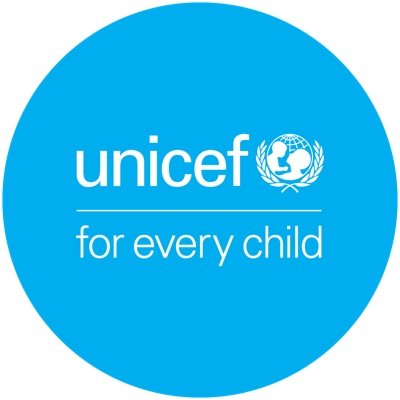