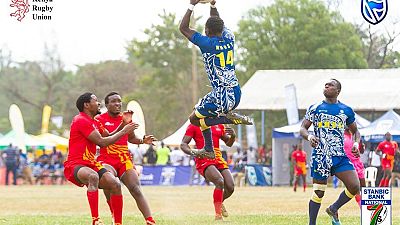 Both sides sit cozy atop the Championship standings, unbeaten in their six outings to date though it is the Leos with a healthy four point gap over MMUST who will need a register a bonus point victory while denying their guests any points if they are to assume pole position of the second tier league. This will the first match in charge for newly appointed Leos Head Coach Louis Kisia who joins the side from Stanbic Mwamba.

Other match day seven clashes in the second tier pit the USIU Martials against Northern Suburbs in Roysambu as Egerton Wasps host Mombasa in Njoro.

Kisii will be at home to Mean Machine at the Gusii Stadium while the University of Eldoret is tentatively set to host a double header pitting Eldoret against South Coast Pirates in the early kickoff before hosts UoE Trojans take on the Catholic Monks in the 3.00pm kick off.

Top four face off in Nairobi Region. Get the full story here https://www.kenyacup.co.ke/news-extra/kru-nationwide-top-four-teams-face-off-in-the-nairobi-region/