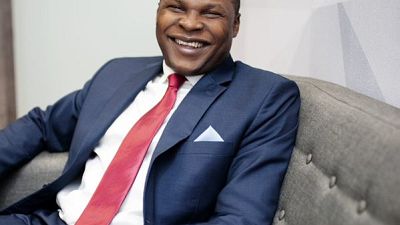 Nj Ayuk, Executive Chairman of the African Energy Chamber (https://EnergyChamber.org/) and CEO of the Centurion Law Group, has been named as one of the top 100 most influential Africans in 2019 by NewAfrican Magazine.

Providing a rapid review of some of the major events and developments across Africa, the Most Influential Africans (MIA) listing highlights key achievements of African individuals across geographies and industries this year.

The listing notably includes personalities and executives from sports such as Siya Kolisi, key politicians such as President Nana Akufo-Addo or Prime Minister Abiy Ahmed, and movers and shakers of the business world such as Aliko Dangote and Ibukun Awosika.

Described as an “energy broker”, the listing highlights Nj Ayuk’s voice in offering remedies for the continents’ resource curse and praises his best-seller on Amazon, Billions At Play: The African Energy and Doing Deals (https://amzn.to/33T0gWx), for offering a comprehensive road map for Africa to do a better job at using its vast natural resources to fuel economic growth and improve the lives of millions of Africans.

“It is humbling, to be honored but in my heart, I know you did not buy into our message just for me, you did because you believe in what Africa and Africans can be. We should never apologise for being Pan African and Pro Africa,” declared NJ Ayuk. “This is proof that the message of the African Energy Chamber and Billions At Play: The African Energy and Doing Deals that energy must work better for Africans is being heard,” he added.