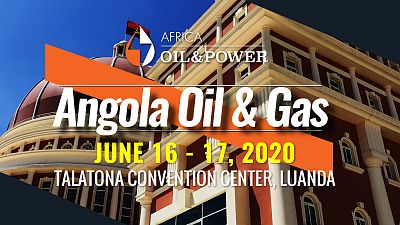 Africa Oil & Power (AfricaOilAndPower.com), the continent’s premier platform for energy investment and policy, will return to Angola in 2020 for a year-long campaign to promote and attract foreign direct investment in one of Africa’s biggest economies. ‘Angola: African Investment Capital 2020’ will capitalize further on the critical reforms passed by Angola President H.E. President João Manuel

Gonçalves Lourenço to bring attention to the investment opportunities that exist in Angola’s economy.

Endorsed by the Ministry of Mineral Resources and Petroleum and in partnership with the African Energy Chamber, the Angola Oil & Gas (AOG) Conference & Exhibition will return for a second year as the focal point of an international investment drive aimed at bringing new deals to the table and signing up new entrants to Angola’s oil and gas sector. The next edition will be held June 16-17, 2020 in Talatona. Surrounding the conference will be a year-long global drive to present opportunities to a targeted audience of relevant investors.

“Thanks to the President’s sweeping reforms, Angola has embarked on an ambitious drive to attract foreign direct investment,” said Guillaume Doane, CEO of Africa Oil & Power. “Africa Oil & Power is proud to support those ongoing efforts with a global promotional campaign. The AOG Conference & Exhibition, which has become an unmissable, unrivaled national investment event, will provide a strong anchor point for the 2020 initiative.”

Capital inflows into bankable projects will be a primary objective of the 2020 effort. Ongoing initiatives being promoted include the 2020 oil and gas licensing round, marginal field development, gas monetization, Sonangol’s Regeneration Program and attractive projects across the value chain, including the international tender for the Soyo refinery and the ramp-up of the Cabinda and Lobito refineries.

The 2020 event aims to expand in size, scale and prestige. Anchored by a VIP program of senior government officials and global CEOs, AOG 2020 will be the premier gathering for deal making and networking. Discussion points will include offshore oil and gas exploration and licensing, gas monetization, market entry, the ease of doing business in Angola, digitalization and oilfield technologies. New to the conference will be a Digitalization and Technology forum, which will showcase advanced technologies pioneered in Angola on the exhibition floor.

For more information about Angola Oil & Gas 2020, please visit www.AngolaOilAndGas2020.com or contact Tomás Gerbasio, VP of Operations, at tomas@africaoilandpower.com or +27 78 800 1966.