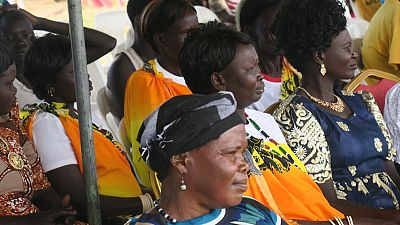 Trust and confidence has been reinforced between the civilian population and military forces of the Sudan People Liberation Army-in Opposition and the South Sudan People’s Defense Forces (SSPDF) in Kapoeta, located in Eastern Equatoria.

“It used to be very difficult for civilians to interact with the opposition forces. It was always a problem to be seen even talking with them,” said Stella Lorika, the state advisor on economic affairs about relations prior to the neighbourhood advocacy forum she participated in.

The gathering, which was also attended by government representatives, military personnel, chiefs, women, youth and village leaders, was organized in collaboration with the ministry of information and the national non-governmental organization Community Empowerment for Progress Organization (CEPO). Its focus was on explaining the content of the revitalized peace agreement to all stakeholders, but local issues were also addressed.

“There are criminal activities happening along the roads and within our communities. These acts are being committed by citizens with arms, so there is a need for us as military personnel to protect civilians,” said Major General Yousif Lotipe, leader of the opposition forces in Kapoeta. “When we moved to the Lowareng cantonment site, the security situation was appalling. We have now contained it.”

Caroline Waudo, head of the United Nations Mission in South Sudan’s field office in Torit, urged all parties to make good use of the time remaining till the establishment of a transitional government of national unity is due.

“The extension of the pre-transitional period by 100 days is a platform for leaders at all levels to live up to their commitments on the implementation of pending provisions in the revitalized agreement,” she said.

Events like this neighborhood advocacy forum for peace will be held in several other locations throughout the country as part of the peacekeeping mission’s mandate to spread the word about the peace deal signed in September 2018.

Download logo
Women were well represented at the neighbourhood advocacy forum for peace in Kapoeta, organized by UNMISS and partners