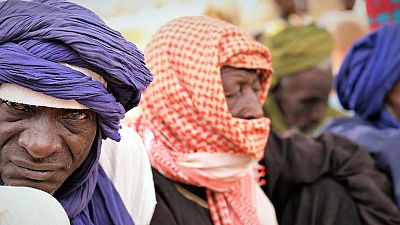 “I am gravely concerned at the continuing deterioration of the overall security situation, which has now reached a critical threshold”, said Alioune Tine, the UN Independent Expert on the human rights situation in Mali.

“It is time to recognize the inadequacy of the current security responses so Mali can move to more appropriate alternatives as soon as possible”.

He maintained that along with the dire political, economic and social climate, a lack of State institutions, or their prolonged failure, are causing “more and more frustration and resentment among the population”.

And civilians in many areas, particularly in central Mopti, are being denied basic human rights, including the right to life.

The Malian Government has been seeking to restore stability and rebuild following a series of setbacks since early 2012, including a failed military coup d'état, renewed fighting between Government forces and Tuareg rebels, and the seizure of its northern territory by radical extremists.

In the face of increasingly violent and deadly attacks on the Malian Army by terrorist groups seeking to destabilize democracy and undermine the morale of the troops, the State is becoming progressively weakened.

“If this trend continues, it will become the most serious threat to regional and international peace”, Mr. Tine stated.

The expert also highlighted worsening levels of violence, robbery, rape and kidnapping in Timbuktu, and said that an unpunished resurgence of transnational crime could pull the whole society apart.

Between August 2017 and September 2019, there were 101 security incidents, which resulted in 94 deaths. This was in addition to seven kidnappings and 21 carjackings.

Moreover, sexual violence is running high, with 956 cases reported between January and October 2019 – nearly half allegedly carried out by armed groups – according to UN figures.

“The victims’ organizations I met expressed fears about an explosion of community tensions, which is the consequence of difficulties encountered in accessing basic social services and humanitarian aid”, lamented Mr. Tine.

“In central Mali, the worrying frequency of terrorist attacks against the army threatens the foundations of State security”, the independent UN expert said.

And “equally deplorable” is that terrorist attacks are being directed against schools, with property destroyed and teachers threatened in Timbuktu – the ancient city temporarily overrun by militants in 2012. A third of the schools in Mopti and 60 per cent in Gao have been closed.

Mr. Tine flagged that the security situation was also gradually worsening in the central and southern regions of Ségou, Kayes and Koulikoro, but he had been told of a marked improvement in Kidal in recent months.

“Everyone we met deplored the slow pace at which the peace agreement was being implemented,” Mr. Tine relayed.

The Agreement for Peace and Reconciliation in Mali was signed in June 2015 by the Coordination des Mouvements de l'Azawad armed group, following its signature in May 2015 by the Government and a third party, the Plateforme coalition of armed groups.

According to Mr. Tine, it is “urgent” to create the conditions for the agreement’s success, including that mechanisms are in place and working correctly, promoting transparency, ensuring that the State is functioning across the whole country and finding concrete ways to combat terrorism.

“Political, religious and traditional leadership must also demonstrate a high sense of responsibility and work together to maintain national cohesion and to better address the security challenges that threaten the unity of the country”, the independent expert detailed.

Mr. Tine will present a full report to the UN Human Rights Council in March 2020.

Independent experts are appointed by the Geneva-based Human Rights Council to examine and report back on a specific human rights theme or a country situation. The positions are honorary and the experts are not UN staff, nor are they paid for their work.