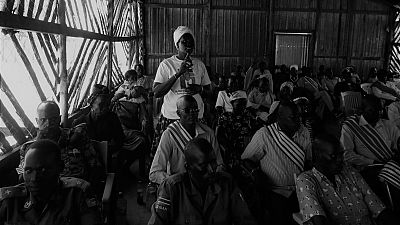 A peace dialogue held between the communities of Mayiendit in Southern Liech and opposition-held Panyinjiar has pacified years of animosity and set in motion a reconciliation process that promises to restore peaceful coexistence between the long-feuding neighbours.

The event settled upon a set of recommendations to sustain the process, including the formation of a joint security force of the South Sudan People’s Defence Forces (SSPDF) and the Sudan People’s Liberation Army in Opposition (SPLA-iO) that will patrol hot-spot areas that are prone to cattle raids, revenge killings and inter-communal fighting.

The conference has also recommended the formation of a joint court to try all cases related to the above crimes.

“We will work hard to improve the security of our people,” said Gordon Chieng Mayom, Paramount Chief of Panyijiar County. “We are one people and there is no need for us to kill one another. Panyijiar and Mayiendit counties were having intermarriages a long time ago. Our daughters were always getting married to men from Mayiendit and our sons were also marrying women from Mayiendit,” he explained, reminiscing about the good old days.

“We have cemented our relationship again with the people of Panyijiar. We have agreed to resume our normal relationship,” Mr. Mayom went on, referring to the outcome of the intercommunal forum.

Organized by the United Nations Mission in South Sudan (UNMISS) Civil Affairs Division in Bentiu, the dialogue brought together about 80 participants, including traditional chiefs, women, youth, government officials, and military representatives from both the government and the opposition SPLA-iO forces.

“We will continue dialoguing between us and this conflict will not happen again,” vowed Angelina Nyaloth Gatthiang, a women’s leader from Panyijiar County, who underscored that implementation of the conference resolutions was the key to peaceful coexistence between the two communities. “We will disseminate the conference resolutions to our youths so that we can implement this agreement in letter and spirit,” Angelina added, before concluding, “We will maintain this peace at our local level, just as we did with the people of Rumbek,” she promised.

The paramount chief of Mayiendit County, John Kuneng Kueth, appealed to the people of the two communities to give peace a chance.

“Peace is paramount for us because if there is peace everything is possible. We can have schools and hospitals if we have peace. We can a have good road when there is peace,” he said, listing the obvious dividends that could be enjoyed by a people that dwell in harmony.

Chief Kuneng asked the communities to put their differences aside and unite.

“It is better for us to forget what happened between us in the past. Let us work together to stop all criminal activities including the revenge and cattle raids which are harmful to our society,” he said.

“It is the responsibility of the leaders to promote peace, unite the divided communities, and provide good security to the citizens. We will work closely with the communities to make sure that they implement what they have agreed upon,” said George Gatloi Koang.

“A peace conference like this will help our people to resolve their differences through peaceful means. As the community, let us use dialogue to resolve our problems. You [must] stop the revenge killings and cattle raiding. With peace everything will be available,” Gatkuoth said encouragingly.

Elizabeth Hammond, an UNMISS Civil Affairs Officer in Bentiu, urged participants to implement the conference resolutions in letter and spirit.

“The community leaders can initiate the process with community sensitization and exchange visits as mentioned in the resolution,” she said, suggesting some of the ways such implementation can happen.

“We would serve as a monitoring mechanism to ensure that progress is made in the implementation of the peace activities,” she said, explaining the supportive role the UN Mission would play. “We are going to serve as a watch dog to ensure that these resolutions are implemented so that people can live in peace and harmony.”

With political violence substantially decimated following the signing of the revitalized peace agreement in September 2018, cattle raids and revenge killings continue to be the leading source of violence in South Sudan, having been in that lead spot long before the outbreak of war in 2013.