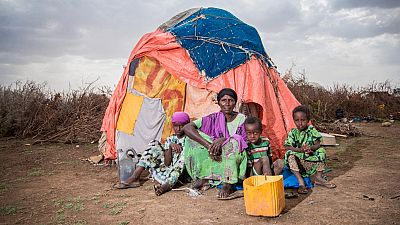 Somalia’s ratification of a key convention to protect internally displaced people in Africa is a landmark achievement for the country and the African continent, UNHCR, the UN Refugee Agency, said today.

The African Union (AU) Convention for the Protection and Assistance of Internally Displaced People (IDPs) in Africa, known as the Kampala Convention, was signed on 26 November 2019 by Somali President Mohamed Abdullahi Mohamed, “Farmaajo”, after being passed with a near-unanimous vote by parliament last week. Somalia is the 30th African Union Member State to ratify the convention since 2009.

“The ratification of the Kampala Convention cements the Government’s commitment to the millions of highly vulnerable internally displaced people living in Somalia, and to finding solutions for the issue of displacement,” said UNHCR Somalia Representative, Johann Siffointe. “Today, Somalia serves as a regional model for others to follow, and UNHCR is eager to continue supporting the government in implementing its treaty obligations.”

The move is a significant milestone for Somalia, which has the fourth largest population of internally displaced people in the world, estimated at over 2.6 million individuals. In 2019 alone, over 665,000 people have been forced to flee their homes due to floods, conflict and drought. Serious protection challenges faced by IDPs include inadequate shelter, poor sanitation, insecurity, threats of evictions and gender-based violence.

The Kampala Convention was adopted in 2009 by Africa’s 55 states. It is the world’s first and only regional legally binding instrument for the protection and assistance of IDPs, who often face heightened risks, violations and sexual violence because of their displacement, while they struggle to access their rights and basic protection. They often remain in dire need of humanitarian assistance.