Thousands of people across Kenya have been hit by deadly floods and mudslides. At the epicentre of the current floods, in West Pokot, panic-stricken survivors have deserted their villages after losing their homes, livestock, crops and their loved ones—in what some local residents have described as their worst disaster in memory.

“We’re most worried about families who have been cut off from life-saving support. They are without food, water and may require medical care. Our teams are doing everything they can to reach these areas, including using boats and treading deep waters to evacuate families in high-risk areas, conducting search and rescue efforts and providing basic health services.”

Kenya Red Cross teams in various parts of the country are supporting the evacuation of families to safer areas. Working alongside the Government of Kenya, Red Cross teams are delivering emergency relief items and essential supplies like household and sanitation items in evacuation centres hosting those who have been displaced by the flooding. Areas affected by flooding so far include Marsabit, Wajir, Mandera, Tana River, Turkana, Elgeiyo Marakwet, Kitui, Meru, Kajiado, Nandi, Kwale, Garissa, Muranga and Busia.

“The number of people who need urgent help is increasing daily as details of the impact of the disaster continue to emerge. The Red Cross had been already running programmes in some of the affected areas. With these latest worrying developments, we are now scaling up our response programmes,” said Dr Asha.

As part of the response to floods which began a few weeks ago this month, the International Federation of Red Cross and Red Crescent Societies (IFRC) recently released more than 300,000 Swiss francs from its Disaster Relief Emergency Fund to help Kenya Red Cross society support over 14,000 families to cope with the effects of unusually heavy rains for three months. A second emergency response allocation to support Kenya Red Cross is currently being considered.

With a record-breaking temperature rise in the Indian Ocean in the last few weeks, Kenya and other east African countries have been extremely vulnerable to flooding. This latest flooding incident in Kenya follows similar disasters in South Sudan, Tanzania, Somalia and Ethiopia.

“The storm is not yet over. We are concerned that other parts of the country will continue to experience destructive floods this week,” said Dr Asha. “In addition, even after the floods, there are also concerns about their long-term effects. Many people who have lost their crops and livestock will struggle to feed their families. There is also a real risk of outbreaks of waterborne diseases including cholera and malaria.”

Some of the communities that are affected by floods were still reeling from the impact of a crippling drought. They include families in Garissa, Tana River and Turkana. This recurrent cycle erodes the resilience of affected communities gradually. 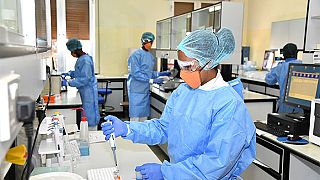