Yesterday in Dakar, as part of the 10th edition of its regional program For Women in Science, the L'Oréal Foundation (http://bit.ly/37vVPE0), alongside UNESCO held a ceremony honoring 20 female researchers who received the 2019 Young Talent Award for Sub-Saharan Africa.

“The number of women in Science is not yet significant: only 2.4%1 of the world's researchers are African scientists, of whom 30% are women. Through the Young Talent Award for Sub-Saharan Africa, we promote and support the continent's remarkable female researchers. They play a key role to develop inclusive research in Africa, for Africa and conducted by Africans“, explains Alexandra Palt, Executive Director of the L'Oréal Foundation.

Coming from 15 countries, these computer scientists, engineers or biologists, prove the diversity and crucial role of women's scientific research on the continent. They were awarded in front of a high-level audience from all over Africa. Mrs. Denise Nyakeru Tshisekedi, First Lady of the Democratic Republic of Congo, and Mr. Sheikh Oumar Anne, Minister of Higher Education, Research and Innovation of Senegal, honored the event with their presence. Other personalities attended the event: representatives of the scientific world and public authorities, Dimitri Sanga, Regional Director of UNESCO West Africa (Sahel), intellectuals, opinion leaders, organizations promoting gender equality , and influential women, such as the singer Coumba Gawlo Seck.

THE HISTORICAL COMMITMENT OF THE L'ORÉAL FOUNDATION TO WOMEN IN SCIENCE

Created in 1998, the For Women in Science program, led by the L'Oréal Foundation in partnership with UNESCO, aims to promote women in the field of scientific research, where the glass ceiling remains a reality. Over the past 21 years, more than 3,400 women researchers from 118 countries have been highlighted.

Through the regional Young Talents Sub-Saharan Africa program, the L'Oréal Foundation and UNESCO have already supported 129 doctoral and post-doctoral students, who are contributing through their work to building the continent's future. This year, this sub-Saharan Africa program is celebrating its tenth anniversary. On this occasion, the L'Oréal Foundation and UNESCO strengthened their commitment and doubled the number of young women researchers awarded each year in Africa.

In 2019, in addition to the 7 women scientists awarded in South Africa, 15 doctoral and 5 post-doctoral candidates from 15 sub-Saharan African countries, including 2 from Senegal, have been honored. They were selected for their scientific excellence out of nearly 400 applications.

The Young Talents received financial support for their scientific work, with allocations of €10,000 for doctoral students and €15,000 for post-doctoral students. These 20 researchers and the 7 scientists of the South African national program have also benefited from a training program designed to give them more resources to pursue their careers. This four-day training course, given by international experts selected by the L'Oréal Foundation, covered different dimensions: leadership, management, negotiation, public speaking, media training and personal branding.

Research project: Healing open wounds faster and better thanks to a nanocomposite.

Research project: Geomatics at the service of the fight against malnutrition

Research project: Generating comprehensive data on the pre-existing immune status and its effect on vaccine response.

Research project: Using the interactions between a herbal traditional medicine and first line treatment of hiv/aids

Research project: An analysis of overweight and obesity in South Africa: the case of women of childbearing age

Research project: – Assessing the microbiome in patients with tuberculosis to develop novel diagnostic interventions and therapeutic

Research project: Treating leukemia by allying biochemistry to the power of plants

Distributed by APO Group on behalf of L’Oréal Foundation.

About the L'Oréal Foundation:
The L'Oréal Foundation (http://bit.ly/37vVPE0) works for the benefit of women around the world, supporting them and enabling them to achieve their goals in two major areas that sit at the heart of the Group's culture: scientific research and inclusive beauty.

Created in 1998 and led by the L'Oréal Foundation in partnership with UNESCO, the Women and Science Program aims to improve the representation of women in scientific careers, based on the conviction that the world needs science, and science needs women. Over 20 years, the program has supported and raised the profile of more than 3,100 researchers from 117 countries.

Convinced that beauty is central to the process of personal development and a vector of social inclusion, the L'Oréal Foundation also develops free training excellence courses in beauty care for vulnerable people. It also provides access to beauty and wellbeing services in medical and social settings to help people suffering from physical, mental or social issues, and for patients who have undergone reconstructive surgery.

UNESCO assists countries in the development of their public policies and in building their capabilitiesin the fields of science, technology, innovationand scientific education.

To meet these goals, UNESCO is committed to ending discriminationof all kindsand to promoting equality between women and men. 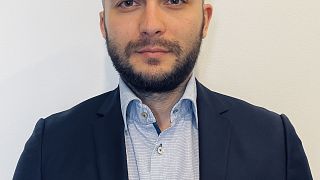