Africa’s startup ecosystem on the brink of massive growth 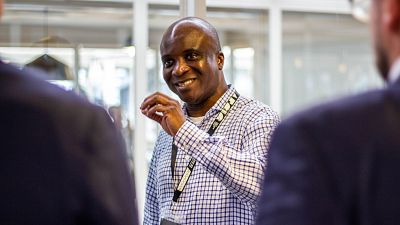 The growing number of startups securing major financial commitments, sets the stage for an entirely new era of growth in the African venture capital industry. This was the most discussed topic during the sixth edition of the Africa Early Stage Investor Summit #AESIS2019 held between 13-15 November in Cape Town, South Africa.

Growing interest from foreign investors – including an increasing number of Chinese investors - , startup valuations becoming too high, entrepreneurs increasingly looking to international markets and the question if local entrepreneurs are really benefiting from the influx of funding, were highlighted across a rapid series of panels, keynotes, fireside chats and roundtables across the three day event, that marks the 6th year VC4A and ABAN organize the Africa Early Stage Investor Summit.

Lessons learned from investing in the continent’s top businesses

The 2019 event comprised 3 days of rich content and networking activities including new components this year such as a full-day Fund Manager Training and curated speed-dating sessions between Limited Partners and General Partners. Both of which were oversubscribed. The first day of the Summit also included the first Annual General Meeting for the African Business Angels Network (ABAN) as efforts continue to spur angel investing across the continent and to unlock resources for starting companies at their earliest stages of development.

Key takeaways from the Summit include:

#AESIS2019 wouldn’t be complete without co-organizer’s VC4A Venture Showcase that featured 12 vetted Series A-ready companies (https://bit.ly/2D4nfTB) from Egypt and Algeria to Nigeria and South Africa. Their solutions range from VR therapy to more efficient transport to an easy cashback app, and more. The Showcase simultaneously helps build pipeline for some investors and create exists for others, propelling the African startup ecosystem forward. Several past Showcase ventures currently appear on the list of companies that raised more than USD 1 million in 2019, with FlexClub from the 2019 Showcase making an appearance as well. In addition, the 2018 alumni Nawah Scientific and the 2019 participant LifeBank, have just been announced the winners of the Jack Ma Netpreneur Prize. Altogether, VC4A’s Venture Showcase companies have raised more than USD 36 million to date.

Announcing launch of Catalyst, a fund-matching mechanism for angels

Rebecca Enonchong, female founder and treasurer of the African Business Angels Network (ABAN) announced the Catalyst initiative to summit attendees. The initiative, in partnership with Afrilabs and funded by the AFD will stimulate angel investing across the continent by matching investments up to EUR 60K. She adds: “This mechanism helps build layers in the ecosystem and creates more pipeline for investors since angels will be able to invest in more businesses.”

Everyone at the Summit agreed that Africa’s startup ecosystem is maturing. To-date in 2019, over USD 1 billion has been raised with 83 deals alone exceeding USD1M and with 18% of those companies co-founded by women. “More women than in Silicon Valley,” as VC4A’s Ben White pointed out in his opening keynote. However, as anyone present at #AESIS2019 could sense, the hunger and energy to do better and to do more is mighty. With the quick adoption of Netflix across the continent, as Rebecca Enonchong highlighted to the amusement of all in the audience, the potential is endless. The key to ecosystem growth and success? Treat Africans as consumers, like anyone else.

Distributed by APO Group on behalf of Venture Capital for Africa (VC4A).

About VC4A:
VC4A (www.VC4A.com) is an ecosystem builder that leverages its infrastructure, network and expertise for the programs that contribute to Africa’s startup movement. Since 2007, the organization designs, structures and implements successful entrepreneurship programs on the continent. VC4A runs an online platform, www.VC4A.com, featuring the world’s largest database of African startups and connecting local entrepreneurs to learning resources, mentors, investors and partner programs.

About ABAN:
The African Business Angel Network (ABAN) (https://ABANangels.org) is a Pan-African non-profit association founded early 2015 to support the development of early-stage investor networks across the continent and to grow the cohort of early-stage investors excited about the opportunities in Africa. The network has grown from 5 to now over 60 informal investor networks across the continent. For more information please see https://ABANangels.org