South Africa reveals its blueprint for its energy future

Last month the South African cabinet approved the Integrated Resource Plan (IRP 2019) that plotted the path for the nation’s generation technology mix to assuage the current energy crisis in the country. At Africa Oil Week (Africa-OilWeek.com) last week, its Minister of Minerals Resources and Energy, Honourable Gwede Mantashe, outlined the role that oil and gas will play going forwards.

He was at great pains to point out that hydrocarbons, particularly gas, will be an important part of the energy mix in the future. “We intend to establish the first LNG hub in the Coega IDZ, in the Eastern Cape Province,” he says. “I have been talking to investors at this conference and they should take the opportunity to engage with our officials on this matter as it is an opportunity not only to invest, but to also help develop the gas industry in this country.”

The plan is that the first LNG import terminal at the Coega Special Economic Zone (SEZ) site will lay the foundation for a breed of new gas to power plants as well as driving the conversion of existing power plants from diesel to gas. It is also intended as a base to import feedstock for the gas to liquids refinery in Mossel Bay. “The framework for supporting this major programme will be announced by my department in the near term,” Mantashe added “Linked to this is an amendment to the Gas Act of 2001, which will be tabled in Cabinet soon.”

Mantashe explained that South Africa gas to power technologies will provide the flexibility that is needed to back up the intermittent nature of renewable energy and meet peak demand during busy periods. “In the short term the opportunity is to pursue gas import options, in the future, local and regional gas resources will allow for scaling up within manageable risk levels,” he said. “Indigenous gas like coal-bed methane and, ultimately, local recoverable shale and coastal gas are options we are considering. On the Upstream, work is underway on a Petroleum Resources Development Bill, which will be before Cabinet soon.

“Our oil and gas needs to be harnessed to deliver modern energy services to all households and businesses. Our gas must power plants and other petrochemical facilities in our countries as it reaches for export markets.  This will ensure that we do not always import beneficiated hydrocarbons.”

On the regional front, Mantashe said that they have noted with great interest and a sense of admiration, the major gas finds in the Eastern part of the continent, especially in Mozambique and Tanzania. “We remain patently aware that one of the oil companies in South Africa played a pivotal role in the monetisation of the earlier gas finds in Mozambique,” he said. “Earlier this year we also announced hydrocarbon finds by Total and its partners off the Mossel Bay coast.  We are confident that this find will spur further interest in the upstream potential of South Africa.

“We have taken note of global industry shifts and are encouraged that many countries in our continent have set themselves the vision to enter the global gas market and promote the development of a domestic and regional gas market.  Natural gas can improve the efficiencies of many industries currently using sub-optimal fuel sources in their production processes and resulting in a turnaround in the industrial capacity and demand in the region.”

Mantashe explained that the IRP reflects the fact that South Africa’s energy generation landscape is evolving. “Old assumptions should give way,” he added. “For example, demand is not captive to the national grid; costs are declining as a result of technology advancements and our national utility, Eskom, is being restructured into its regulated functions of generation, transmission and distribution.”

Coal will continue to play a significant role in electricity generation for South Africa, but renewable energy is growing in importance. “We have a more than thirty-thousand-megawatt portfolio of existing coal power plants, and the abundance of the resource,” he explained. “New investments will be directed towards more efficient coal technologies, including underground coal gasification, and carbon capture and storage, to enable us to continue using our coal resources in an environmentally responsible way.

“The IRP 2019 continues to make provision for significant rollout of renewable energy and storage. Combined with storage, renewables offer an opportunity to produce distributed power closer to where demand is; and to provide off-grid electricity to far-flung areas of the country.” The next 12 months may well prove pivotal to the energy future for South Africa. As the government continues to balance the demands to lower carbon emissions with the need to supply power to its citizens, gas will certainly have a big part to play.

About Africa Oil Week:
Africa Oil Week (Africa-OilWeek.com) is the leading oil and gas event for the continent, with over 1,800 key executives attending from around the world to broker new deals. The global E&P community (government, NOCs, international oil companies, independents, investors and service providers) is brought together in Cape Town each November. This unique event is a hub for deal-making and building networks with senior decision-makers. 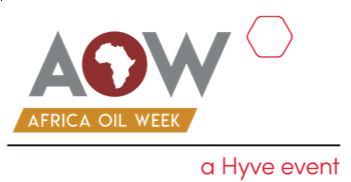