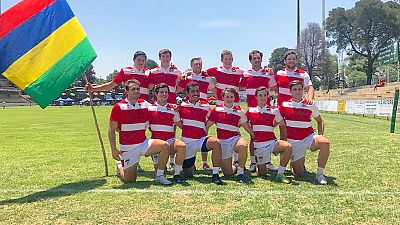 It is the second time in a row that Mauritius lined up the youngest team at the Africa 7s Men’s Cup out of the 14 participating nations. The average age of the national team was 19.1.

The proteges of coach Yoan De Coriolis impressed many on-lookers and observers present at Johanesburg’s Bosman Stadium despite finishing second last at the tournament. The players showcased a flamboyant style of play in attack with several promising gameplays on the pitch coupled with some squandered passes. The Mauritian team’s strategic approach towards the tournament was mainly to focus on the second-tier teams. They lost their first game against Top 8 giants and title favorites, Uganda ended 57-00.

Mauritius produced a better gameplay in their next games against Morocco (lost 24-19) despite taking an early lead of 5-19. In the third game, Ghana got the better of our inexperienced side and won 43-12. However, Mauritius ended the tournament on a positive note, winning 31-0 against Botswana.

The Rugby Union Mauritius (Mauritius.rugby) have taken very bold step in sending a young squad at the Africa Men’s 7s 2019 as springboard for the Paris 2024 Olympics and are very excited of what the future holds for the national team.

Romain Rivalland, aged 18 was very much sought in defense as well as in attack jeopardizing many of his opponents’ attacks. His teammate, Laurent Daruty, aged 21, too smothered a number of attacks and finally expatriates, Etienne Ferrat and Quentin Noel, both aged 19 brought in strength and quality to the squad.

The last participation of the Mauritius at these game dates back to 2015 and it was a tough challenge to get back with a very young team. At the end, we finished second last ahead of Botswana and most importantly with a promising score of 10 tries in 4 matches.

« I am so proud of this team. These players are just amazing, took me by surprise by their fighting spirit and work ethics. Our inaugural game against Uganda was a very tough test for our players. We were able to play more at ease against Morocco, Ghana and Botswana. We deserved to win our game against Morocco, we dominated them all through the game and against Ghana we were faced against players who were better than us physically. Our final game against Botswana helped us to implement our game strategy based on the games we played on the first day. We were able to explore our strengths and weaknesses. »

« I am impressed by the level of this team, there are lots of areas of progress and we can see the results of investing in a young team for the past two years. We are the first Olympic generation to have won bronze medal at the Youth Africa Games in 2018 and we have tried to build on this success by integrating our young promising players. Our long-term project is based on the youth. In 4 years by 2023, at the Olympic Qualifier, this group will have gained a considerate experience at international level and we expect most of our player to have been

involved in 6 African Games at only 22 years old. We shall hence be able to provide a pathway to integrate our best U17 players in that squad. Since the Indian Ocean Island Games in July 2019, we have upped our game and changed our game, conducted a player profiling exercise and adapted our game plan accordingly. The results were clearly visible against Morocco, Ghana and Botswana.

« This year’s level of tournament was very high. The Olympic qualifiers in the African region has become more and more difficult with Europe and Oceania also contesting for the best coefficients. As far as the performance of Mauritius is concerned, I am least surprise by the level. I have been a close witness of their progress during my visits on the island through several international youth tournaments (U14 and U19). We can clearly see the potential and progress that these young boys have shown with the resources at their disposal. They have a very good technique that is beyond their age group. We should expect a very difficult team to beat in the future. » 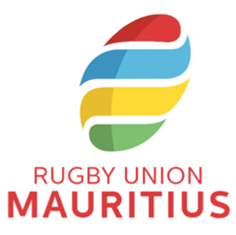