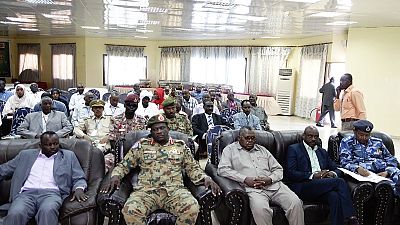 In his opening remarks, the Wali (Governor) of north Darfur state, Brigadier General, Malik El Taib Khojali, emphasized that organizing and resolving land tenure issues is a key priority for his government in achieving durable peace and stability in the state. “The theme and orientation of this conference are aligned with the vision of north Darfur government in its efforts to consolidate social peace during the transitional period the country is currently undergoing. Our government is exerting maximum efforts to address challenges related to land disputes and recurrent friction that occurs between herders and farmers. In this regard, our state government recently issued a decree informing on the formation of a joint Herders and Farmers Commission tasked with protecting these herders and farmers and their produce during the agricultural season by addressing issues of concern related to farms and migratory areas,” Brigadier General Khojali added. He further urged the participants to propose to his government concrete and feasible resolutions on land tenure and pledged to implement the recommendations of the conference for the sake of stability and a bright future for the people of north Darfur.

Addressing the conference, Mr. Mohamed Salih Mango, Darfur Land Commissioner in North Darfur State, acknowledged the support of UNAMID, UN HABITAT and UNDP in sponsoring the conference, which he said was an outcome of a recent conference held in the Sudanese capital, Khartoum which also followed a series of consultations among the people of Darfur on land tenure and usage. Mr. Mago noted that “transiting Darfur from peacekeeping to peace building and peace reinforcement phases will only be possible if land issues are addressed in a concrete manner.” He also commended efforts made by UNAMID, UN HABITAT, UNDP and FAO, through sponsoring related community projects which are effectively reinforcing pillars of peace and stability in Darfur, stating that these UN organizations are playing a critical role in the creation of a conducive environment to voluntary return of IDPs and refugees.

Speaking on behalf of UN HABITAT and UN SLFs in north Darfur, Mr. Mutaz Mustafa Nugud, highlighted the joint efforts of UNAMID and UN Agencies in supporting community related projects, including capacity building programs and income-generation training workshops as part of the current UN strategy driven by UNAMID to consolidate peace and stability in Darfur.

Mr. Nugud, called on relevant local authorities to review the current traditional land registration structure, which he considered too complex and strongly consider replacing it with the new model which is more flexible, expressing the readiness of UN HABITAT to support the local Ministry of Urban Planning in implementing the new model of land registration, which has been successfully implemented in several countries, including Kenya and Zambia.

The Darfur Land Conference was described by El Shartay (Community Leader), Ahmed Sabil, who is also the Head of Shimayat Native administration, as key to transiting Darfur from the stage of war and communal disputes to real phase of peace and stability, while Ms. Noura Omar Mohamed, a participant from El Salam IDPs Camp in El Fasher, requested the reduction of land registration fees, noting that the Conference is a golden opportunity for the people of Darfur to address once and for all the contentious issue of land tenure as a way forward in consolidating social peace and stability in Darfur.