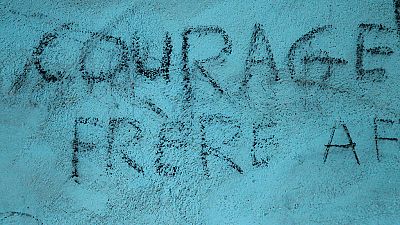 Africa is thought to be the source of the most migrant deaths worldwide, yet data collection on the reasons, frequency and details of migrant mortality remains elusive.

That was just one take-away from a two-day International Organization for Migration (IOM) conference in Senegal that concludes today. The Monday session convened to an open discussion of concrete areas of collaboration between actors working on the issue of migrant deaths and disappearances in Africa. It began Monday in Dakar, with the participation of more than two dozen experts and representatives of international, regional and local organizations.

Despite six years of IOM work on this issue, there is not yet a comprehensive record of the number of people who have lost their lives during their migration journeys in Africa. The only figures available, collected by IOM’s Missing Migrants Project, show that nearly 7,500 people have died since 2014. This includes 2,040 people who are known to have died while migrating in the Sahara Desert.

Thousands of Africans are known to have perished among nearly 17,000 men, women and children lost in the waters of the Mediterranean Sea, the world’s most lethal known migratory route. However, the remains of about two-thirds of those victims remain missing, making it almost impossible to know who those victims were, and which African citizenship they held.

Moreover, said GMDAC’s director Frank Laczko, these figures are likely very conservative undercounts, as the vast majority of deaths are recorded based on unverifiable eyewitness reports. Hundreds of additional deaths likely remain unreported and uncounted, an indication of the invisibility of irregular migrants and the indifference the world has for this issue.

Incomplete data on migrant deaths and disappearances results in the underestimation of the toll of unsafe migration across the continent.

“Better data are needed to facilitate the development of evidence-based policies and protection measures to prevent further deaths,” explained Dr. Laczko. “Associated with the need to better record numbers of dead is the requisite to improve identification of those who have died, to allow more families to know the fate of their missing relatives.”

Addressing gaps in data on missing migrants requires concerted effort from a wider and diverse network of key stakeholders involved in collection, sharing, analyzing and presentation of data on migrant deaths and disappearances.

“The Dakar workshop has engaged key actors from international agencies, non-governmental organizations, governments and academia to examine how to improve the collection, management and exchange of information between relevant actors and across sectors,” added Richard Danziger, IOM’s Regional Director for West and Central Africa.

The knowledge and insights gathered through the workshop will inform IOM’s future efforts to address the many challenges involved in collecting information on missing migrants in Africa. These efforts include plans to establish data monitors in all regional offices, as well as a new pilot research project focusing on the families of missing migrants to better understand their needs.

IOM’s Missing Migrants Project documents deaths and disappearances along migratory routes worldwide. Today, the project hosts the only existing database on deaths during migration globally. However, there is still a need to expand and improve data collection in many regions of the world, particularly in Africa, where many experts have stated that many more migrants die or go missing than are currently recorded.

Download logo
“Be brave, brother” reads the writing on a wall of an abandoned house in Dirkou, Niger, on the Central Mediterranean Route