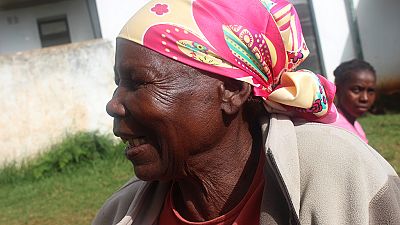 Over eight months after Cyclone Idai devastated Sourthern Africa, the affected communities in Zimbabwe are desperate for permanent shelter and the resumption of livelihoods.

The Displacement Tracking Matrix (DTM) conducted by the International Organization for Migration (IOM) indicated that 270,000 individuals were affected by the cyclone and that 50,905 people in 12 districts were displaced while 223 households still reside in displacement sites.

“We live in constant fear of another disaster. The rainy season is upon us; some of our tents are giving in to harsh weather conditions. I don’t know what will happen to me and my grandchildren,” said Johana, a grandmother of four, who lost her two sons during the cyclone.

She added that they were in desperate need of support as their livelihoods were swept away by the mudslides.

“We have no source of income; our fields and livestock went with the mudslides. We used to have thriving market gardens but now we depend on well-wishers to give us food,” she said.

Zimbabwe is facing humanitarian challenges as a result of climate and economic shocks. Following the failed 2018–2019 agricultural season due to a severe El Niño induced drought, the country is confronted with a worsening humanitarian situation with an estimated 5.5 million people in need of food assistance.

The crisis is worsened by the shortage of foreign currency for critical imports, limited essential services such as water, power and fuel supply which has impacted commerce and industry. Inflation estimated at over 200 per cent and ever-increasing prices of most basic commodities including food, medicine and other essential products have placed many households, especially in rural areas where 60 per cent of the population resides, under increased strain.

“The displaced citizens, especially women and children, are the most affected by the humanitarian and economic challenges facing the country,” said IOM Chief of Mission in Zimbabwe, Mario Lito Malanca said. “We are working together with the Government of Zimbabwe to coordinate temporary camps to ensure the basic needs of internally displaced persons (IDPs) are met.”

He added, “We will continue to provide leadership to the Shelter and Non-Food Items Clusters and work closely with partners leading Water, Sanitation and Hygiene (WASH), Health and Early Recovery Clusters.”

As the recovery process continues, new initiatives and financial resources are required to reclaim livelihoods, rebuild infrastructure and ensure that a similar calamity does not have the same devastating consequences.

In response to developmental assistance required by the most affected communities, IOM Zimbabwe launched the February 2019-April 2020 Appeal for USD 11.5 million – it is currently only funded at 15 per cent.

Within the context of the Zimbabwe Humanitarian Appeal 2019, IOM’s programming will be focused on strengthening recovery, resilience, and durable solutions for populations impacted by displacement post-Cyclone Idai, especially for those displaced and continuing to be accommodated in temporary camps and by host communities.