Five Horn of Africa countries have launched an initiative to forge closer economic ties, building on the improving political climate in the sub-region.

The initiative was formalized on 18 October, on the sidelines of the World Bank Group/IMF Annual Meetings in Washington DC. The countries agreed on priority projects and programs that will constitute the initiative, which is being developed by the countries with support from the African Development Bank (AfDB.org), the European Union and the World Bank.

The effort will culminate in a financing forum next year to seek investors to realize a package of priorities identified by the quintet, which has over the past decade registered some of the highest growth rates in Africa.

The full communique is available here.

Khaled Sherif, the African Development Bank’s Vice President for Regional Development, Integration and Business Delivery, who attended the roundtable in Washington said: “The Horn of Africa’s geo-strategic position with regard to the Red Sea, the Arabian Sea, the Indian Ocean and the Gulf of Aden, has important regional and international significance. “These can be harnessed to spur integration, resilience and usher in a new era of prosperity, enabling the countries to reap significant dividends from the current peace initiatives.”

The proposals require financing of around $15 billion.

Most of the Horn of Africa countries easily outpaced the continent’s average growth rate in 2018. Africa’s gross domestic product expanded by an estimated 3.5% last year, while Ethiopia reached 7.7%, Djibouti 5.6%, Kenya 5.9% and Eritrea 4.2%. Somalia was the exception at 2.9%.

The region is expected to receive a further lift from the 2018 peace accord between Eritrea and Ethiopia, which has already increased cross-border trade and could advance economic integration. 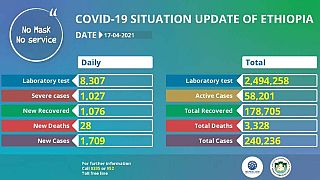 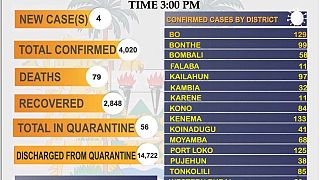