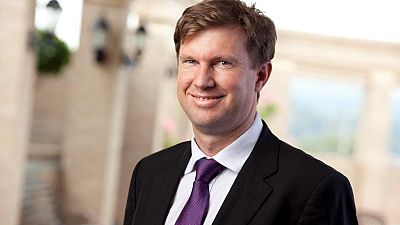 The global energy market is in an exciting phase of transition and disruption. Breakthrough technologies are unlocking significant new reserves, processing, transportation and downstream uses that were previously unviable, unknown or inaccessible. Decarbonisation driven by the environmental sustainability agenda is shifting the energy mix at an accelerating pace, which is particularly evident across North America, Asia and Europe. This seems likely to position gas ahead of coal by 2030 to become the world’s number two fuel.

Africa’s oil & gas industry holds the potential for further growth mainly driven by an increase in investor appetite and a rebound in prices. New oil & gas finds off the coast of Africa have led to an increase in investment in infrastructure, technological advances, updates in regulation and improved governance, as well as the development of new skills. These are some of the key highlights from PwC’s annual Africa oil & gas review 2019 released by PwC (www.PwC.com) Africa today.

“Renewed optimism has returned to Africa’s oil & gas industry on the back of a rebound in prices and increased investor interest. The African oil & gas industry has been through some difficult and challenging years in the wake of the oil price crash. However, the industry has restructured itself and is more competitively placed in terms of efficiency and operational performance. The outlook for the industry continues to improve with oil & gas companies targeting cautious growth in areas less vulnerable to external volatility while maintaining their cost and operational margins.”

PwC’s Africa oil & gas review, 2019 analyses what has happened in the last 12 months in the oil & gas industry within the major and emerging African markets.

Globally, 2018 was a successful year in oil & gas exploration with discoveries almost doubling those made in 2017. Not withstanding Africa’s endowment in vast natural resources, including substantial oil and gas reserves, West Africa was the only African discovery to make it onto the 2017 and 2018 top 10 lists for new discoveries.

One of the most dramatic finds in Africa over the past decade is Mozambique’s natural gas estimated at over 180 tcf, which has already unlocked the first three large-scale LNG projects. These projects, together with project expansion phases and additional exploration have the potential to position Mozambique as the third largest LNG producer in the world after Qatar and Australia by 2030.

Hydrocarbon resources also provide growth opportunities in countries that can capitalise on the potential. Maximising the benefits from these endowments provides direct income to governments, employees, suppliers and shareholders of megaprojects.

Although Africa’s oil production increased slightly in 2018, the continent was unable to keep up with global output, resulting in a 0.1% drop in share. Africa’s share of global oil reserves has declined by 1% from the prior year standing at 125.3 billion bbl, amounting to 7.2% of the world’s proven reserves.

At the end of 2018, Africa is reported to have 509.6 tcf of proven gas reserves, up 4.5% from the prior year, which amounts to 7.3% of global proven reserves. Nearly 91% of African gas production continues to come from Algeria, Angola, Egypt, Libya and Nigeria, and saw an overall increase of 4.8% from last year.

An interest in Africa’s gas reserves has also led to a series of successful LNG projects resulting in a liquefaction capacity of 18% of the total global capacity.

2018 was a successful year in oil & gas exploration with discoveries almost doubling those made in 2017. In both 2017 and 2018 the only top-10 major discoveries on the continent were made in West Africa. This contrasts with previous years in which substantial resources were found across the African continent.

The oil price saw a notable increase throughout much of 2018, to a point where it hit a four-and-a-half year high in October 2018. However, the fourth quarter saw the oil price slump by 42%. Recent attacks in Saudi Arabia and resultant oil price spike, demonstrated the potential price volatility. Fortunately, the oil industry has remained optimistic, and African exploration spend is forecast to recover robustly over the medium term, most likely in anticipation of an upturn in the oil price.

Gas and LNG supply and demand

Globally, natural gas will continue to see growth and is expected to overtake coal by 2030 to become the world’s second leading fuel. Natural gas accounts for just under a quarter of global energy demand, of which 9.6% was supplied as LNG in 2018. The number and type of LNG market participants has dramatically increased as lower prices make imports more affordable.

The increasing regulatory drive to decarbonise is also expected to reduce the share of coal in the global energy mix and drive demand for natural gas.

Africa’s utilisation of LNG production capacity is 61% (Globally it is 85%). Africa’s LNG exports were equal to 39.7 mtpa6 in 2018, mainly coming from Nigeria, Algeria, Angola and Egypt.

Nigeria is one of the oldest oil-producing countries in Africa. Oil was first discovered in Nigeria in 1956 and production began in 1958. The oil price boom of the 1970s spelled good fortune for the country transforming it from an agrarian economy to an oil-dependent economy. Since then, the Nigerian petroleum industry has evolved and this evolution provides useful lessons for other countries with oil & gas to learn including: mid and downstream segments development, regulatory complexity and uncertainty and contractual frameworks.

The natural gas discoveries in Mozambique since 2010 have the potential to transform the country into one of the world’s largest LNG exporters. However, the 2014–2015 slump in energy prices caused several energy giants to delay projects and this gave rise to concerns that Mozambique’s LNG developments could be held back.

LNG will drive growth in Mozambique’s economy. Maximising the benefits from LNG will provide direct income to the government, employees, suppliers and shareholders of the megaprojects. Of equal if not higher importance, is the significant developmental potential through the associated infrastructure, industrialisation, socio-economic and capability uplift at country level.

However, expectations about the extent to which the oil & gas industry will contribute to the development of Mozambique’s citizens may be unrealistic and not consider the country’s growing revenue needs; the current low base from which the economy is developing; and that projects will overlap, creating pressure on current resources.

Looking to the future

The African oil & gas sector is moving from a cycle of stagnation in exploration, capital expenditure spend and production between 2014-2018 in the wake of the oil price crash, to a more dynamic growth phase. During the downturn the industry restructured itself for improved efficiency and performance and is fitter for this new future. Oil & gas companies are better placed now to take advantage of shifting geopolitics and trade patterns, new resource finds, a transitioning and decarbonising global energy mix, technological improvements, maturing regulatory environments and improved governance in some countries.

“It is critical, however, that the sector retains and builds on its strategic portfolio management, enterprise risk management, capital project delivery, capital sourcing and allocation discipline, market and customer insights and relationships and adopts new technologies and innovations to improve performance if the hard-fought wins in cost savings are to be retained. Progress in addressing corruption and improving corporate governance will also need to be urgently addressed.”

Against this backdrop, African NOCs and their partners, contractors and funders must chart a course through increasingly uncertain waters. “The future for the African oil & gas industry is exciting as well as challenging and we can look forward to the growing participation of Africa as a global consumer and supplier of energy,” Mackay concludes.

Distributed by APO Group on behalf of PricewaterhouseCoopers LLP (PwC).

About PwC:
At PwC (www.PwC.com), our purpose is to build trust in society and solve important problems. We’re a network of firms in 157 countries with over 276,000 people who are committed to delivering quality in assurance, advisory and tax services. Find out more and tell us what matters to you by visiting us at www.PwC.com.

PwC has a presence in 34 Africa countries with an office footprint covering 66 offices. With a single Africa leadership team and more than 400 partners and 9000 professionals across Africa, we serve some of the continent’s largest businesses across all industries.

PwC refers to the PwC network and/or one or more of its member firms, each of which is a separate legal entity. Please see www.PwC.com/structure for further details.