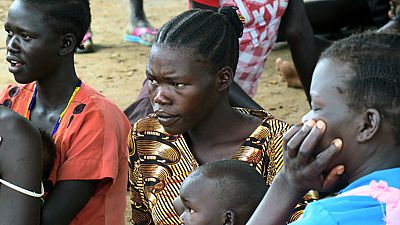 “Water devastated our homes and our crop farms here in Motti. We evacuated to an area near the main road,” said Theresa Dominic Amuna, a representative of the Ifwotu community in Eastern Equatoria.

Water, they say, is life. Somewhat counter-intuitively, it can, however, also spell despair, disease and displacement.

As observed by an integrated team of peacekeepers serving with the United Nations Mission in South Sudan, villages in the area have been hit hard by excessive precipitation, noting that at least 600 families have been forced to leave their homes.

“Our children are suffering from diseases and from the cold weather. We have no drugs, no shelters and no food,” Ms. Amuna details the predicament currently plaguing her community.

They have called on government authorities and humanitarian agencies to come to their rescue.

“We are appealing for immediate help from all partners. As we speak, some water-borne diseases are already spreading among our children,” Santina Jacob Mateyo, a women’s group leader laments.

The displaced are barely coping, facing an everyday struggle to meet the most basic of needs.

“Not only houses were destroyed. The flood also submerged crops and now we dread hunger next year,” says Akayak Victor, a sub-chief in Motti.

As reported on Monday (30 October), heavy downpours over the last few months are wreaking havoc in several regions of South Sudan, notably the lion part of Greater Jonglei.

Unicef, the United Nations Children's Fund, recently reported that floods have affected more than 900,000 across the country, approximately half of whom are children.