Under the umbrella of Rugby Africa (RugbyAfrique.com), and together with their partner Société Générale, the South Africa Rugby Union hosts the Africa Men’s Sevens on the 8th and 9th November 2019 in the Bosman stadium in Johannesburg.

14 African teams compete at the Africa Men’s Sevens tournament 2019 for the gold medal to qualify directly for the Tokyo 2020 Olympic Games. The silver medallist will have another opportunity to qualify for the Olympic Games by competing in a global repechage tournament that will take place in June 2020.

As well as providing a route to Tokyo 2020, the Africa Men’s Sevens best two teams will be in the mix for the World Rugby Sevens Series qualifier tournament.

The Ivory Coast and Nigeria will make their debut at the Men’s Sevens tournament. Zimbabwe is the defending champion with Kenya at its heels as one of the favourite teams in the tournament. South Africa and Kenya are currently competing at the World Series, but only South Africa is already directly qualified for the Tokyo 2020 Olympic Games.

Rugby Africa President Khaled Babbou underlines: “I wish to thank SA Rugby for hosting this important event. The Africa Rugby Men’s Sevens qualifier tournament for the Olympic Games is a highlight at the end of the season. With so much at stake, I am expecting truly competitive matches and fantastic two days for the players and spectators. It’s another milestone and an opportunity to showcase the development of Rugby on the African continent. Rugby Africa is reaching a high standard of organisation and the teams that seriously worked on their fitness will compete well. May the qualified team shine at the Tokyo 2020 Olympic Games to create more opportunities for African teams in the future.”

Jurie Roux, CEO of SA Rugby says: “We are honoured to organize the Rugby Africa Men’s Sevens qualifier event for the Tokyo Olympic Games. South Africa is already qualified through the World Series ranking, and we are pleased that Africa will have at least two representatives in the Olympic tournament. Since rugby is very popular in South Africa, we will provide a great stage for a vibrant tournament.”

Sifiso Made, CEO of Zimbabwe Rugby, the defending champions, expresses the team’s ambitions: “After our achievements last year we have to work harder than ever to defend that title. Sevens can swing either side, because of its fast-paced nature.  Our boys will have to be on high alert every second. Rugby and especially the Sevens version are growing quickly in Zimbabwe. African rugby teams have adopted Sevens and a lot of athleticism and flare will be on display and we are going out there as Zimbabwe to show why we are called the Zambezi Cheetahs.”

Erick Shujaa, Team Manager of the Kenyan team is ambitious: “We're definitely looking forward to reclaiming the cup which we lost last year to Zimbabwe. This year's tournament is equally important as it also turns out to be an Olympic Qualifier. It will be best for us to seal the Tokyo 2020 ticket while in Johannesburg as opposed to proceeding to the repechage. It's every athlete's dream to compete at the Olympics. The preparations have been ideal, I trust the best we've had in years and this was topped up by the Safari 7s win for the young lads. The preparations and playing and winning Safari 7s give us the momentum we just required to enable us to reclaim the trophy.”

Edgar Babou, Sports Manager Ivory Coast Rugby, is excited about the debut: “The tournament is one of the largest in Africa. Despite the absence of our two experienced players Yann Lohore and James Zie we go to perform and gauge against the best African teams. We come with great humility, but also great determination. We have young players under 20 years with high potential that we want to see evolve at the highest level. Rugby Sevens is an Olympic sport and we wish to appear very quickly among the best African teams.”

For updates and results: 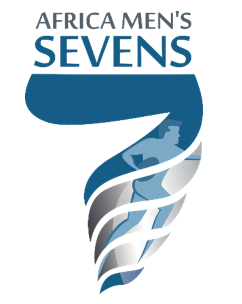