The Role the Media Plays in Supporting Female Entrepreneurship in Africa 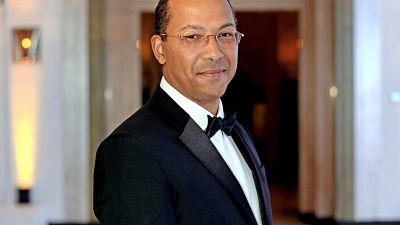 APO Group (APO-opa.com) are delighted to be the founding sponsor of a new AWIEF award: the APO Group African Women in Media Award. The prize has been introduced to recognise, celebrate and empower women journalists who support female entrepreneurship in Africa. Here, APO Group Founder and Chairman Nicolas Pompigne-Mognard discusses the role the media plays in supporting female entrepreneurship across the continent.

I’ve long believed Africa is a hive of entrepreneurial activity. That’s why events like the Africa Women Innovation and Entrepreneurship Forum (AWIEF) are so important to help inspire and encourage our continent’s next generation of innovators and business leaders.

What’s exciting about the situation in Africa, is the impact women are making in a traditionally male-dominated environment. A 2018 report (http://bit.ly/36hLg75) by the World Bank found that Africa stands alone in having more new female entrepreneurs than male. The MasterCard Index of Women Entrepreneurs 2017 (https://mstr.cd/2JA5Rd4) has also listed two African countries, Uganda (34.8%) and Botswana (34.6%), as having the highest percentage of women entrepreneurs globally.

But it is also true to say that women face more challenges than their male counterparts. Boardrooms in Africa – and indeed all over the world – tend to be slower to reward female-led initiatives. Getting your foot in the door is harder, and investment is more difficult to secure. That same World Bank study found capital in male-owned start-ups was six times greater than in those run by women.

Entrepreneurship is hard enough without these unnecessary barriers – and my own experiences have given me a vested interest in trying to break them down.

12 years ago, I was working as a European correspondent for an African news website Gabonews. I was a journalist. I’d studied law. It never really crossed my mind to try and build a multinational company from the ground up. But then I realised that there was a massive untapped market for a press release distribution service in Africa. A way for journalists to access Africa-related corporate news content easily and securely. And that, in essence, is what entrepreneurship really is: It’s about identifying a unique opportunity, and then turning it into reality.

APO Group started out in my living room – literally – and during the first years I had to be the IT manager, the sales consultant, the PA, HR, Finance, Marketing – everything. I had to learn it all from scratch.

But I’ve never stopped learning.  The past 12 years have been a constant education. When I started, I could barely speak a word of English, but I realized quickly that it was critical to the success of the business, so I made it a priority.

In my experience, creating and developing a company is one of the most difficult things a human being can do. It requires a huge amount of time and energy, a lot of sacrifice, a healthy lifestyle and many other ingredients too.

It goes without saying, you will also need a huge slice of luck!

If you can survive those first few years, Africa is a continent that can reward you greatly. It is a place where entrepreneurial spirit has always abounded, even if startups have, in the past, lacked the support, financing or international exposure to move to the next level of global recognition.

Events like AWIEF are showing that our collective passion for diversity and equality is driving success and helping entrepreneurs turn their dreams into reality. Remember: Africa is a perfect showcase for rich cultural diversity, as well as a hotbed of ideas and innovation. We are a continent of 54 countries. The birthplace of humanity. It is in our blood to try new things and to push the boundaries.

I’m proud to say our own attitude to diversity and equality has always been a vital part of APO Group’s success. Five of the nine members of our senior leadership team are women – and all are from different countries. We have built our company culture on fairness and flexibility. We do not want to be a company where employees are forced to choose between their careers and their families.

We are also in the privileged position of being able to harness the power of media to support entrepreneurship in all its forms – and women in business in particular.

As an official sponsor of AWIEF, APO Group is delighted to be coordinating the APO Group African Women in Media Award (http://bit.ly/2q8L7C4) which is designed to recognise, celebrate and empower female African journalists who support female entrepreneurship in Africa.

The media industry has had its own challenges to overcome in the drive towards equality. Newsrooms have been traditionally male-dominated, but female journalism students now outnumber male all over the world, and the next step is for these changes to materialise at a senior level, with increased numbers of women in leadership positions (http://bit.ly/2MWQCwN).

We hope the APO Group African Women in Media Award inspires more women to follow their passion for journalism and encourages them to persevere in their careers despite the obstacles.

All nascent business ideas need journalists to support them. A positive mention in the media can mean the difference between success and failure for entrepreneurs and small businesses. AWIEF is the perfect platform for women in the media to get behind women in business by championing the best ideas, technologies and innovations. And the fact that women typically invest 90% of their earnings back into their families and communities (http://bit.ly/2q8CFTn) mirrors APO Group’s own dedication to making sure African people thrive both at a local and a national level.

Our CEO, Lionel Reina, allows APO Group to further bridge the divide between business and media. He has been an important figure in helping future business leaders as they go through the early part of their careers. As a company board member for DAZZL (http://bit.ly/330yBmY) for example, Lionel’s aim is to inspire the next generation of talented tech entrepreneurs offering new technologies to the broadcast industry in Africa.

Even the biggest media companies and PR Agencies tend to promote their executive talent from within, meaning they remain unfamiliar with the cut-and-thrust of the commercial sector. Lionel is a business veteran, uniquely qualified to advise APO Group’s clients on their communication strategies in Africa and the Middle East. For more than a decade, he was CEO for Eastern Europe, the Middle East and Africa at Orange Business Services, the B2B division of French telecoms giant Orange – a remit that covered more than 80 countries. He was also Middle East Director in the Gulf region for Accenture. So, when Lionel talks to entrepreneurs and startups, he truly has the inside track to success.

Since I brought Lionel in and stepped aside from CEO duties at APO Group in December 2018, it has given me a chance to follow my own passions for helping entrepreneurship in Africa. I’ve spent a lot of time visiting different countries, meeting new people and giving talks on how the media and business worlds can work better together.

I have particularly enjoyed the conferences I’ve hosted for young journalism students in Senegal, Uganda, Zambia and Ethiopia. It is the start of a continent-wide initiative to help promote entrepreneurship to the next generation of young Africans. I’ve tried to challenge their preconceptions and encouraged them to think big. In many of them, I see myself at their age: inquisitive, passionate – perhaps a little naive – but extremely well-placed to achieve entrepreneurial success.

Because now is the perfect time to strike. With a decent idea, a strong journalistic ethos and a little bit of luck, there is no limit to what you can achieve. And Africa might just be the perfect place to do it! 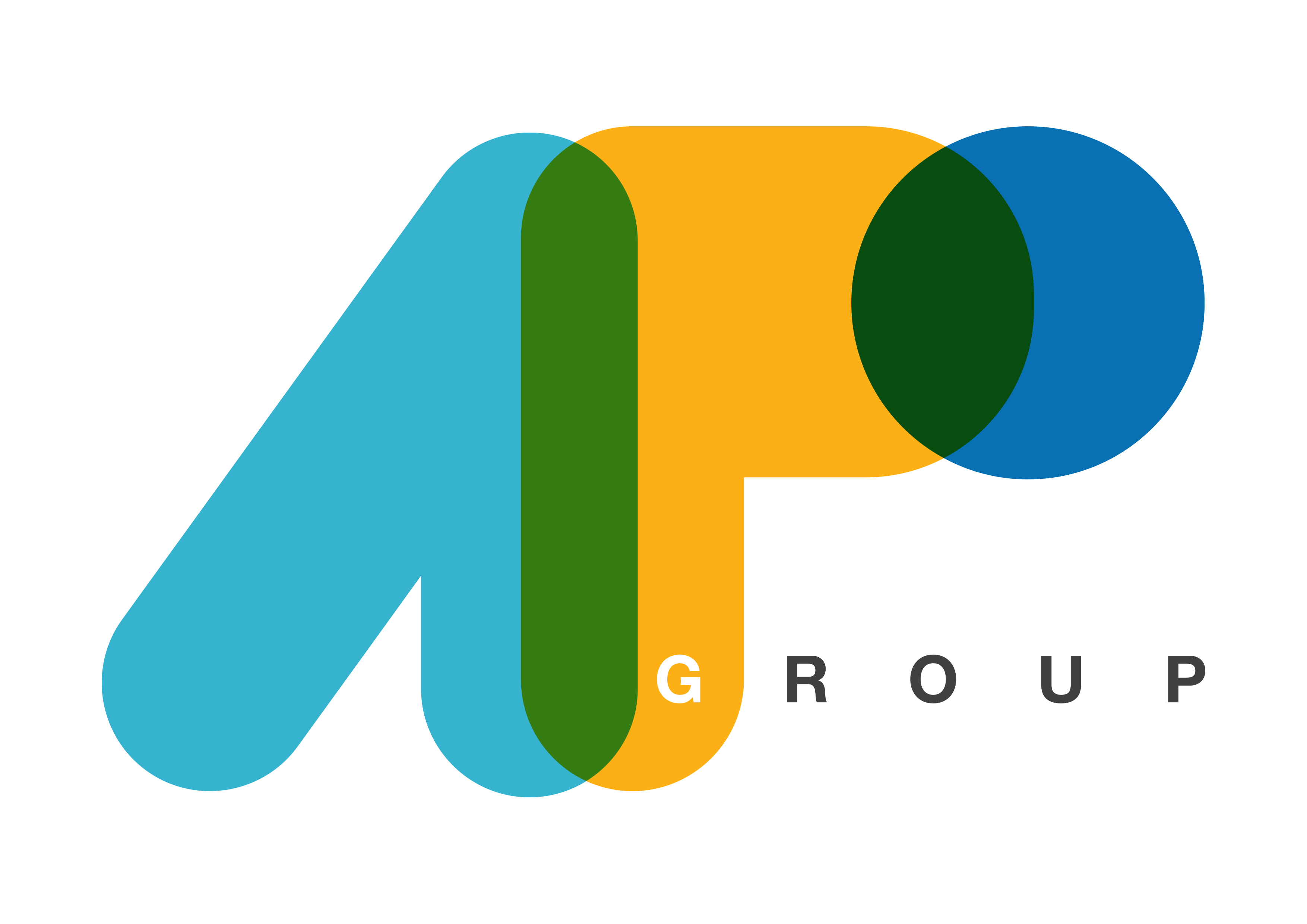