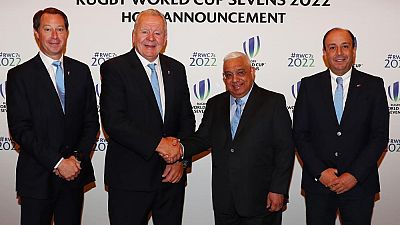 The world’s best 24 men’s and 16 women’s rugby sevens teams will take to the field at the Cape Town Stadium in Green Point.

The arrival of the event on the African continent for the first time was also welcomed by Mr Khaled Babbou, the president of Rugby Africa: “Rugby Africa is very proud and happy that this tournament is coming to Africa,” he said. “It will add to the growth of the game on the continent. Congratulations to the South African Rugby Union (SARU). The cooperation between SARU and Rugby Africa produced excellent results for the African youth and this flagship event will help thrive the growing sports of Rugby Sevens on the African continent.”