Maintaining stability in the region: Foreign Minister Maas in Egypt 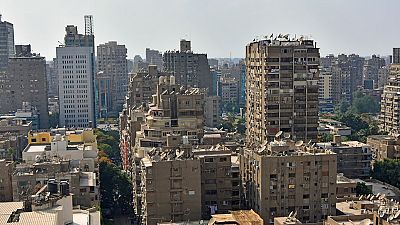 Foreign-policy engagement in the region

With a population of more than 100 million, Egypt is as big as all the other North African countries together. Whether in the context of the Middle East peace process, the conflicts in Syria and neighbouring Lebanon or the upheaval in Sudan, Egypt is an important partner for Germany in all pressing issues and conflicts in the region.

Egypt regards itself as an anchor of stability in the region, playing an important de-escalating role in Gaza, for example. In the Middle East conflict, Egypt, like Germany, advocates a negotiated two-state solution. In February 2019 Egypt assumed the chair of the African Union for a year.

Meetings with al‑Sisi and Shoukry

While in Cairo, Foreign Minister Maas will meet Egypt’s President Abdul Fattah al-Sisi and Foreign Minister Sameh Shoukry. In both cases, talks will focus on Egypt’s regional role and bilateral issues, including the human rights situation.

Germany’s relations with Egypt are wide-ranging and not restricted to political exchange: there are lively contacts between the two countries in the business and education sectors, too.  To reflect this, Maas will pay a visit to “Startup House Cairo”, a start-up space rooted in a project which Germany supported as part of the transformation partnership following the Arab Spring.

He will also meet Egyptian Education Minister Tarek Shawki. The two Ministers will jointly open a new building at the Deutsche Evangelische Oberschule, a German secondary school in Cairo. There are seven German schools in Egypt, and many Egyptian children learn German.

Following his trip, Maas is expected back in Berlin on Tuesday night.