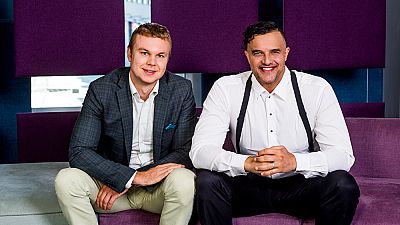 Acknowledging National Cybersecurity Awareness Month this October, leading peer-to-peer (P2P) bitcoin marketplace and digital wallet provider, Paxful (https://Paxful.com/), is shining the spotlight on the escalating need for security awareness amongst users when trading in digital currency. With criminals becoming increasingly technically proficient, the benefits of cryptocurrencies are also being exploited.

Virtual currency related crime is on the rise in South Africa, with hackers using peoples’ phones to mine cryptocurrencies according to cybersecurity experts (https://bit.ly/366TdMa). As the popularity of crypto assets such as bitcoin grows, various South African authorities including the South African Reserve Bank (SARB) have started the process for reviewing the impact of the crypto sector on consumers and the impact on personal financial security.

With three million wallets globally, and South Africa being one of its top markets, Paxful processes over 50,000 trades a day. The fluctuating price of the world's most prominent digital currency has not deterred South Africans either as Paxful has noticed a massive 2800% increase in trades from South Africa this month compared to October 2018. Johannesburg, Pretoria, and Cape Town are the three cities within the country that lead to the number of users. Overall, Paxful has also noted that the number of trades across the African continent has grown by 64% when comparing the same time period.

Importance Of Increased Security And Accountability

Whilst the vast majority of cryptocurrency trades are safe, in recent years, the sector has not proved completely immune to scams and fraudulent transactions. With the cryptocurrency industry still fairly new, scammers prey on users who lack the appropriate awareness in this space.

“Bitcoin is secure but sometimes the way we use it is unsafe. We have to treat bitcoin like cash and protect our personal information and passwords the same way we do when we use an ATM or shop online. Once your bitcoin is in the hands of hackers and scammers, it is irreversible, so to have the necessary safeguards in place is critical.” adds Ray Youssef, co-founder and CEO of Paxful.

On Paxful, users are safe and protected from scammers through various security measures including Paxful’s escrow service which holds the bitcoin safely until a trade is completed.

Youssef concludes; “For more and more people all over the world, P2P finance is their only hope for financial inclusion and empowerment. While it’s not possible to completely eliminate the risk of crypto fraud and theft, by taking a few simple precautions you can substantially reduce your chances of becoming a victim by following Paxful’s top tips for safe trading.”


Distributed by APO Group on behalf of Paxful.
Media files