Refugee returns to Burundi must be voluntary and not under pressure 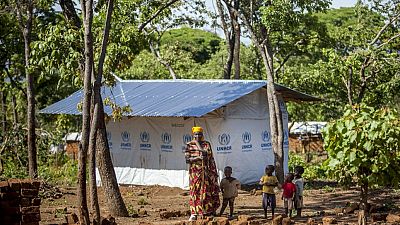 UNHCR, the UN Refugee Agency, is repeating its call to ensure that refugee returns from Tanzania to Burundi remain voluntary and not under pressure, following a bilateral agreement between the two governments in August this year to increase return rates.

Recently, we have noted mounting pressure on Burundian refugees and asylum-seekers to return home – despite assurances from the authorities that all returns will be voluntary and free from intimidation, and no refugee will be forcibly returned.

We continue to call upon both governments to uphold refugees’ freedom of choice with regard to return, and to ensure that returns are made in safety and dignity, with UNHCR having access on both sides of the border to carry out its protection mandate, including monitoring returnees in Burundi.

UNHCR reiterates that the principle of voluntary return requires that repatriation should be based on a freely-exercised choice, devoid of coercion or pressure, and that UNHCR has full access to refugees in order to establish the voluntary nature of any returns.

UNHCR remains firmly committed to supporting durable solutions for refugees in Tanzania, including voluntary return to Burundi for those who want to go back. Others will need continued protection and support in Tanzania.

UNHCR is working with local officials to ensure refugee returns are voluntary and only taking place under the existing three-party agreement between the Tanzanian and Burundian governments and the UN Refugee Agency. Some 79,000 refugees have made the choice to return to Burundi under this arrangement since 2017.

UNHCR looks forward to the upcoming meeting of the Tripartite Commission, scheduled for late November – the best forum to discuss concerns and seek solutions, to ensure that refugees who have made the informed, free and voluntary decision to return can do so in safety and in dignity.