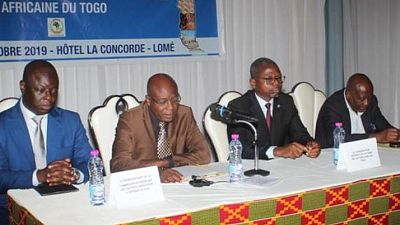 Togo is actively working towards strengthening its institutional mechanisms to ensure a successful implementation of the African Continental Free Trade Area (AfCFTA), as outlined in its national AfCFTA implementation strategy. The strategy was presented for discussion and validation on 17 and 18 October in Lomé to public and private sector representatives.

The validation workshop was part of a broader awareness raising program, which included consultations on the AfCFTA initiated by the Togolese government with the support of the ECA and the African Union. It provided an opportunity for approximately 100 key economic actors to discuss the actions to be taken to ensure Togo benefits from intra-African trade. It also shed light on issues in priority sectors for the Togolese economy, as well as ways to promote the development of regional value chains.

The exchanges highlighted the significant contribution of the agricultural sector to Togo’s economy, which, with 40% of GDP in 2018, is reflected in the list of products designated by the country’s strategy to be promoted for exportation. Cocoa, palm oil, mango, pineapple, cashew nut, shea butter, soybean, coffee and coconut are among these products, as well as crafts (bags, shoes, traditional textiles) and minerals (phosphates and iron). For the services sector, the focus was on transport, post and communications.

The strategy document presents seven strategic action points to be implemented during over the next years:

The validation workshop also clarified the respective roles of the public sector, the private sector and development partners in implementing the AfCFTA in Togo. The strategy supports the establishment of a dedicated AfCFTA committee to help the private sector to identify new markets on the African continent. The importance of communicating the benefits of the free trade area to all Togolese is also among the recommendations of this workshop.

The AfCFTA implementation strategy will be amended with the contributions of workshop participants before being submitted to the Togolese authorities. Additional sensitization workshops Togo are planned outside Lomé as early as November and will be supported by ECA.