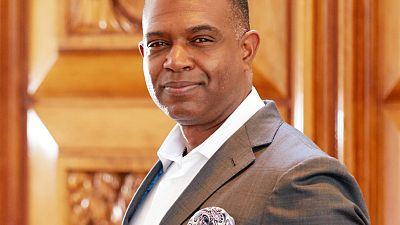 In his new book, Billions at Play: The Future of African Energy and Doing Deals, leading African energy attorney, NJ Ayuk, maintains that Africans have the power to reverse the so-called “resource curse” and use their continent’s petroleum resources to fuel positive changes—but only if they address unresolved security issues.

“African countries simply must do more to address political and civil discontent in areas where oil and gas producers are active,” Ayuk writes in chapter 15 of Billions at Play: The Future of African Energy and Doing Deals. “If they don’t, they will run the risk of alienating investors and losing access to funds.” Energy security – the protection of critical energy infrastructure and natural resource assets – plays a vital and dynamic role in assuring the optimization and monetization of these operations.

The African Energy Chamber, led by Ayuk, calls on African governments and oil companies to do more to protect the energy and natural resource infrastructure in Africa. Oil and gas infrastructure is quickly becoming a principal target for terrorists, rogue organizations, hostile state and non-state actors, and criminal enterprises across the continent, as we see in the Middle East.

Attacks on energy infrastructure and natural resource assets in Africa’s major oil-producing countries have far too long been the norm. In Nigeria, onshore and offshore vandal and terror attacks against oil and gas operating facilities have been ongoing. Physical attacks against oil and gas workers by Islamist insurgents in northern Mozambique pose threats to Mozambique’s LNG ambitions. Angola’s Sonangol recently suffered a crippling ransom ware cyber-attack. Kenya has suffered the disruption of oil production and oil transport due to terrorist and vandal attacks in its western region. Algeria was victim of a direct physical attack against one of its major gas processing facilities. Ayuk urges the deployment of proper “best-in-class” security solutions to ensure greater project success for the stakeholders who operate and maintain Africa’s energy and natural resource assets.

Ayuk’s stance has earned the praise of C. Derek Campbell, CEO of Energy & Natural Resource Security, Inc., a U.S.-based company that offers physical, cyber, and technical security solutions for oil and gas operators across the globe, with specific concentration and expertise in the African energy and natural resource market.

Campbell lauds Ayuk’s insistence that African governments look for ways to work with businesses to employ best-in-class security protocols so that both the public and the private sector can benefit from oil and gas development. “Africa’s energy producers can’t afford to ignore security,” Campbell said. “Governments have just as much of a stake as C-Suite executives do in finding ways to address security issues that lead to chaos, violence and disorder – they must join forces NOW.  If they do so, the energy opportunities on the continent become attractive to investors, and are given a chance to flourish for the benefit of all Africans.”

Ayuk has plenty to say about what might constitute “big, pragmatic, common-sense solutions” to security problems in his chapter about security concerns – to include direct inputs from Campbell. In fact, the entire book has practical ideas for strategically harnessing Africa’s oil and gas resources in a manner that is attractive to investors and beneficial to the citizenry of Africa.

“Everyone who has an interest in seeing Africa move in a positive direction should read this book,” said Campbell. “Mr. Ayuk doesn’t just lament Africa’s difficulties and throw up his hands. He looks for answers – answers that are executable and sustainable across the entire energy value chain.”

NJ Ayuk is founder and CEO of Pan-African corporate law conglomerate, Centurion Law Group (https://CenturionLG.com); Founder and Executive Chairman of the African Energy Chamber (https://EnergyChamber.org); and co-author of Big Barrels: African Oil and Gas and the Quest for Prosperity (2017). He is recognized as one of the foremost figures in African business today.

C. Derek Campbell is the founder and CEO of Energy & Natural Resource Security, Inc. (https://enr-security.com) – an international security conglomerate providing “best-in-class” physical, cyber, and technical risk mitigation solutions for Critical Energy Infrastructure and Natural Resource assets across the globe, with specific concentration in Africa. Derek is a regular on the international Oil & Gas/Energy speaking circuit speaking as an authority on topics such as Energy Security and the Extractive Industry geo-political and market dynamics in Africa.

Billions at Play: The Future of African Energy will be published this month and is already available on Amazon.

For more information about the book, follow us on social media @BillionsAtPlay.