Rehabilitation of the grave of a French veteran soldier 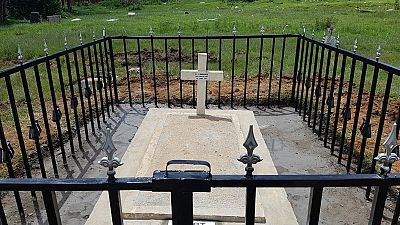 The grave of the French veteran – Private Marange number 14503 – renovated in 2018 had been severely damaged in recent weeks.

Also, very quickly, in order to honour his memory, thanks to the assistance of the Directorate of Heritage, Memory and Archives of the Ministry of the Armed Forces, the defence mission of the French Embassy carried out a new rehabilitation of the tomb.

This veteran who died for France on June 26, 1943, is buried in the open-ended Commonwealth Military Cemetery in Eldoret, about 150 km from the Ugandan border.

Distributed by APO Group on behalf of French Embassy in Kenya and Somalia.
Media files

Download logo
Rehabilitation of the grave of a French veteran soldier