According to regional hospitality analysts and advisor, Clemence Derycke of Horwath HTL, Francophone Africa’s hospitality sector is attractive to a broad spectrum of High Net-Worth Individuals (HNWIs), Private Equity, Institutional, French and Anglophone African Investors due to the lack of branded supply, and its stable CFA currency and strong demand drivers.

According to Derycycke, the market is very active with global and regional brands “targeting hotel openings in the majority of the region’s major cities.”

“Accor has been very active in Francophone Africa. It has more hotels and its pipeline remains robust, while the Radisson Hotel Group (RHG) has recently been very dynamic with opening flagship hotels in most capital cities. They are now looking for new development in the resort or the midscale segments,” says Derycyke.

While these brands are currently leading development in the region, other international brands, including the Marriott and the Sheraton Four points are also expanding into what is Africa’s hottest hospitality market.

According to RHG Development Director for Francophone and Lusophone Africa, Erwan Garnier, the region is a primary focus for the group with the international brand aiming to add significantly to its portfolio over the next five years.

As one of the Francoreal’s Forum’s numerous international and returning industry speakers, the two-day conference is “a great networking opportunity” he says.

As Garnier adds, “We currently have 16 hotels and over 3, 000 rooms in operation and a further 13 hotels and almost 2,000 rooms under development in Francophone Africa.”

To fuel its growth strategy, the group has created a specialized French-speaking development team which can align to the group’s Africa development strategy of focusing on capital cities, financial hubs and resort destinations.

Being fluent in the language and local market dynamics, helps the Radisson Hotel Group to be focused and “competitive in the market,” says Garnier.

“We have identified seven pro-active cities in which we are focusing our efforts for scaled expansion. The two primary focus cities are Abidjan and Dakar, followed by Douala, Yaoundé, Kinshasa, Mauritius and Seychelles,” he says.

Adding that the group has opened two new hotels in Algeria and Niger, with the group employing a development strategy that is focused on the business segment for hotels, resorts, serviced apartments and mixed-use developments.

The Radisson Blu Hotel & Conference Center Niamey, Niger is the first five-star hotel to be built in the country and ‘made development history, for good measure”, says Garnier.

“The hotel was the first five-star hotel to be completed from design to construction in 11 months,” says Garnier.

With two more hotels set to open in 2019, including a second hotel in Morocco (Casablanca), the market provides value for the hospitality group, and is very attractive for real estate investors, particularly “High Net-worth Individuals (HNWIS) investors,” many of whom are the biggest sources of current investment, says Garnier.

For Rusin, the value of the conference is to highlight the opportunities for investors in one of Africa’s most exciting markets across the ecosystem. “Hotels provide significant opportunities for global brands and investors, but beyond this sector, we look forward to exploring opportunities in retail, logistics, housing and more.” 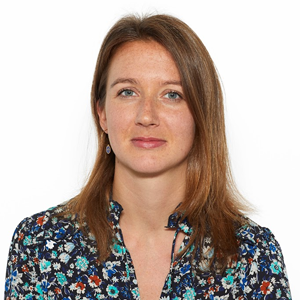