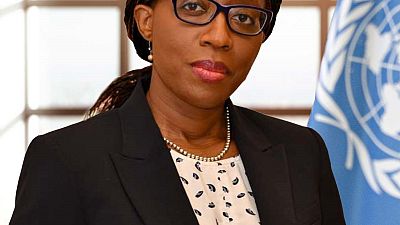 Civil registration is a subject that is of crucial importance to Africa’s economic and social development and is at the core of the realization of the continent’s ambitions to eradicate poverty, achieve inclusive and sustainable development, and respect for human rights.

This was said Thursday by Vera Songwe, the Executive Secretary of the Economic Commission for Africa, in a speech during the opening session of the fifth Conference of African Ministers responsible for Civil Registration which is being held in Lusaka on the theme “Innovative Civil Registration and Vital Statistics systems as a foundation for legal identity management”.

“Without knowing the numbers and characteristics of the residents of a country, governments cannot plan neither can they craft adequate policies or monitor progress. This steers us further away from achieving our human development commitments as set out by the Africa Agenda 2063 and the 2030 sustainable development agenda,” the ECA Chief said.

Africa, which is home to 1.3 billion people, is faced with a critical legal identity gap, whereby many exist without being known to their governments and without any means to prove who they are. Half of these 1.3 billion people live in Africa and 250m are women.

“To lack a legal identity means that you do not exist at all in the eyes of the state, a scenario that is critically alarming and that contravenes each of our human development efforts,” said Ms. Songwe.

Undocumented persons who are often women, children, refugees and migrants face critical challenges in exercising basic human rights, in participating in society and seeking protection by the law, a situation that only worsens their vulnerability.

Ms. Songwe said Africa today faced fundamental challenges in its bid to address the legal identity gap, especially that of weak and archaic civil registration systems that fail to achieve key principles of completeness, universality and accuracy. Many countries run fragmented paper-based systems, with a huge burden of reporting placed on the public, and with a requirement to travel long distances to access registration services.

“This manual nature of civil registration databases in many countries limits their ability to support other important government functions therefore contributing to their under-resourcing and underutilization by governments,” she said.

The other challenge, the ECA Chief said, is the notable increase in investments made by many African governments towards sophisticated civil identification systems that are delinked from civil registration systems.

“Robust civil identification databases can only be sustained when linked and updated with timely birth and death data that flows from civil registration,” added Ms. Songwe.

The legal identity agenda is pre-eminently reflected in the 2030 sustainable development agenda.

“It is pertinent that we make use of this window to make all the relevant progress and in particular to harness the best for our identity management ecosystems systems without leaving either behind.”

Ms. Songwe informed the Ministers of the UN’s Legal Identity Agenda to support member States in achieving the SDGs through meeting target 16.9 by 2030, which is to provide legal identity for all, including birth registration.

The UN agencies and the CRVS Core Group coordinated by the ECA, will continue to drive a coherent and effective response in supporting member states to achieve the goal of leaving no one behind by addressing the root causes of exclusion, she said.

The conference, said Ms. Songwe, is expected to provide directions on pathways towards achieving holistic, innovative and integrated CRVS and digital identity management systems in African countries, with the goal of closing the identity gap in Africa.