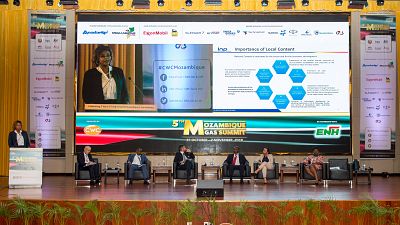 With a second FID in just 2 years, Mozambique has officially positioned itself as a key player in the global gas and LNG market for years to come. The latest FID on the US$20 billion Mozambique LNG project, makes it the largest sanction ever in sub-Saharan Africa oil and gas. Described by His Excellency President Nyusi as “one of the most important and transformational projects in the country’s history”, Mozambique LNG is set to be a game-changer for this East African nation of 31 million people.

According to Wood Mac, from the early 2030s state revenue from Mozambique LNG alone will reach US$3 billion per annum, single-handedly doubling today’s revenue as calculated by the IMF and World Bank.

And this is not the only mega-LNG project on the drawing board. ExxonMobil’s Rovuma LNG project, which envisages a 15 million tpa two-train facility taking gas from its offshore area 4 block, is also lined up to take FID. Meanwhile, Italy’s ENI is already moving ahead with its 3.4 million tpa floating LNG facility, which will draw on 5 TCF of gas in waters more than 2,000 metres deep with first gas due in mid-2022.

With FIDs signed, the projects are now moving from the planning into the implementation phase. Hundreds of contracts are expected to be tendered for the construction, infrastructure and services needed to build and develop the megaprojects.

More recently, on October 8th, Mozambique Rovuma Venture (MRV) Area 4 operator decided to move ahead with the midstream and upstream project activities of over US $500 million as initial investments. These investments include activities such as the construction of the pioneer camp, the development of resettlement activities, the construction of the airstrip and access roads, as well as the start of detailed LNG facility engineering project.

It makes this the ideal time to participate at the 6th Mozambique Gas Summit & Exhibition, in partnership with ENH, taking place on 13-14 November in Maputo. The event is the official platform to hear from key decision-makers in this fast-emerging LNG hotspot, including key Government figures, policy-makers and all the major project stakeholders who will be in attendance. This edition is taking place at a time of exciting change including; the construction of FLNG, the progress in drilling activities in Cabo Delgado and Angoche, and the infrastructure development in Pemba Logistics Base. The event is organised in partnership with ENH, with support from MIREME, INP and industry stakeholders ExxonMobil, Total Mozambique LNG, TechnipFMC, FNB, Sasol, Baker Hughes, Standard Bank and G4S.

Distributed by APO Group on behalf of CWC Group Limited.

About ENH:
The National Hydrocarbon Company represents the state in oil operations. It is a business group with competence to participate in all petroleum operations and in the respective phases of the exploration, exploration, production, refining, transportation, storage and marketing activities of hydrocarbons and their derivatives, including LNG and GTL inside and outside the country. Established in 1981, headquartered in Maputo and branches in Pemba and Vilankulo, ENH has adjusted its business structure to the needs of industry and the national and international market. ENH's activities, as an integrated group, also take place through partnerships that it has established in the last years, in particular, that have allowed the main activity, Upstream, with actions focused on Oil and Gas research, development and production, achieve the goals of increasing discovery probabilities in the research phase and optimizing resource recovery in the production phase.

At the downstream level, ENH develops activities in the hydrocarbon value chain with the aim of diversifying and enhancing the gas use in Mozambique.

About CWC:
Headquartered in London, CWC Group (https://www.TheCWCGroup.com/) has an impressive 22 years’ track record in delivering conferences, exhibitions and professional training globally that focus on oil, gas and infrastructure. With established relationships with over 60 of the world’s governments and national oil companies (NOCs), CWC has produced over 600 events and more than 400 training courses in the last two decades. CWC Group won the Queen’s Award for Enterprise – International Trade twice, recognising its continued contribution to international trade. This is one of the most coveted awards in the UK industry and it’s awarded by H.M. the Queen on the advice of the Prime Minister, assisted by an Advisory Committee.