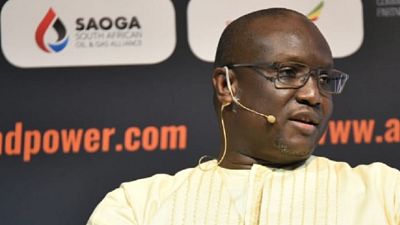 Oil and gas hotspot in Africa will host a flagship conference in Dakar, May 27-28 2020; the Senegalese government has officially named Africa Oil & Power (AfricaOilAndPower.com) as the official organizer of this event; the conference & exhibition will gather top officials and leading executives from the energy industry to discuss key issues across the energy sector, from oil and gas to power and renewable energy.

Senegal will host the first-ever Senegal Oil & Power Conference & Exhibition next year in Dakar, to be held on May 27-28, 2020 in Dakar, Senegal. Organized by Africa Oil & Power and supported by the Government of Senegal, Cos-Petrogaz, Petrosen and Senelec, the conference will herald a new era of investment in one of West Africa’s leading business destinations, on the back of world-class offshore oil and gas discoveries and several dynamic energy projects that have been put in motion. The conference will be a vehicle to promote the new deepwater licensing round which was announced this week at the Africa Oil & Power Conference in Cape Town and for public-private partnerships spanning the value chain.

Showing no signs of slowing down, Senegal is emerging as a key player in the global energy sector. Led by H.E Macky Sall, President of the Republic, the West African nation is a shining example of how African countries can #MakeEnergyWork and benefit from leveraging their hydrocarbon potential to drive greater economic growth.

Guillaume Doane, Chief Executive officer of Africa Oil & Power stated: “Senegal has quickly cemented its position as one of Africa’s hottest energy markets on the back of big offshore discoveries, game-changing projects and one of the most competitive business climates in the region. Through the Senegal Oil & Power Conference, we are excited to sustain the momentum created by the country’s leadership to herald a new era of investment in Senegal’s energy industry.”

As part of the Emerging Senegal Plan launched by His Excellency President Macky Sall’s to make Senegal an emerging country by 2035, the energy sector has been established as a key pillar to drive economic growth and social inclusion. Senegal Oil & Power 2019 will support the presidential vision by designing the event’s narrative around triggering the next local and international investment wave across the energy value chain.

“With several world-class oil and gas discoveries, Senegal has built an excellent reputation globally in the energy industry. Through a new licensing round and investment drive, we are eager to capitalize on Senegal’s strong track record to attract new operators and exploration,” said Mamadou Faye, Managing Director of Petrosen.

Senegal Oil & Power 2019 will be a great opportunity to showcase Senegal’s tremendous achievements to create a strong energy industry. In line with global demand increase for liquefied natural gas, the GTA project has triggered the implementation of a global gas-to-power framework aiming to fuel Senegal’s growing demand for energy as well as opportunities for exports. A lower price of electricity will indubitably boost the competitiveness of the local industry and provide greater opportunities for consumers.

Senegal Oil & Power 2019 will also highlight the growing importance of technology in the energy industry. Thanks to its young population and governmental commitment to developing a high-level technological readiness, the growth of energy and technology are inextricably connected.

Thanks to major oil and gas discoveries in the last five years, Senegal has major operators from the public sector such as BP and Kosmos Energy leading the Grand Tortue Ahmeyim (GTA) natural gas project as well as Woodside, Cairn Energy and FAR Ltd in the SNE oil field project. Across the energy sector, local companies are also showing tremendous commitment when it comes to creating a regional energy hub, such as Akilee and Der Mond Oil & Gas among many others.

Senegal’s thriving private sector will play a key role in taking Senegal Oil & Power 2019 to the next level in terms of triggering interest, investment, and deal-making. Thanks to the country’s progress in ease of doing business, we are seeing opportunities of a lifetime arise across the energy value chain from exploration and production to refining, petrochemicals, and storage as well as power and renewable energy, a sector in which Senegal is a regional leader.