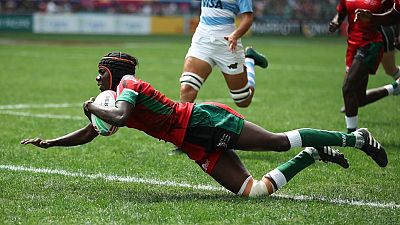 The Rugby Africa Women’s Sevens tournament, which takes place in Monastir, Tunisia, on 12-13 October will be the next opportunity for a team to qualify for the Tokyo 2020 Olympic Games.

The Mustapha Ben Jannet Stadium will host 12 women’s teams across two days as they compete to claim their place in Tokyo.

The Rugby Africa Women’s Sevens will be the third regional qualifier on the road to Tokyo after tournaments in South America and Europe took place in June and July respectively, with this weekend’s winner joining Brazil and Great Britain in Tokyo.

The HSBC World Rugby Women’s Sevens Series 2019 acted as the principal route for qualification, with New Zealand, USA, Canada and Australia claiming the coveted top four spots to secure their places at Tokyo 2020.

Rugby sevens will make its second appearance on the Olympic Games programme at Tokyo 2020 after its successful debut at Rio 2016. The inclusion of rugby sevens in the Olympics had a profound effect on the sport, which saw its fanbase increase by almost 17 million in six key territories, with Tokyo 2020 expected to unearth an estimated 30 million new fans worldwide (Nielsen).

“This tournament marks another exciting step on the road to the Tokyo 2020 Olympics,” said World Rugby Chairman Sir Bill Beaumont.

“We have seen a number of teams secure their places at next year’s Olympic Games over the past season in some truly competitive tournaments, and with so much at stake, the Rugby Africa Women’s Sevens is guaranteed to provide both fans and players with a brilliant weekend of high-quality rugby.

“Tokyo 2020 will be a fantastic platform to showcase our sport to the world and we are expecting that it will inspire millions around the world to either take up, or become a fan of, the spectacle that is rugby sevens.”

The remaining women’s regional qualification tournaments are set to take place next month, with the Oceania Rugby Sevens Championship in Suva, Fiji on 7-9 November and the Asian qualifier in Guangzhou, China, on 9-10 November.

The final two places in the women’s competition in Tokyo 2020 will be determined by the World Rugby Olympic Repechage tournament in June 2020. The second and third-placed teams from Monastir this weekend will join France, Russia, Argentina, Colombia, Mexico and Jamaica as the already confirmed teams in this Repechage.

As well as providing a route to Tokyo, the Rugby Africa Women’s Sevens also doubles up as a qualification opportunity for the HSBC World Rugby Sevens Series qualification tournament.

The top two teams will remain in the hunt for a core team place on the HSBC World Rugby Sevens Series 2021 with further details of the qualification process to be shared in due course.

The HSBC World Rugby Sevens Series 2020 kicked off on 5-6 October in Glendale, Colorado, with USA claiming the gold medal. The world series continues in Dubai on 5-7 December with a combined men’s and women’s event.

About World Rugby:
World Rugby (www.World.Rugby) is committed to the global advancement of rugby and its character-building values to build a better, stronger game for all. The global rugby community comprises 9.1 million players and 338 million fans affiliated via 124 national member unions in six regions and driven by the commercial success of Rugby World Cup, World Rugby is investing GBP £482 million at all levels of the game between 2016 and 2019, eclipsing the previous four-year cycle by 38 per cent, to ensure strong and sustainable growth. www.World.Rugby