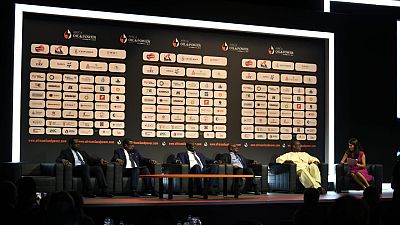 Congregating to discuss the future of Africa’s energy industry, petroleum ministers from across the African continent landed at the CTICC today for the fourth annual Africa Oil & Power (AOP) conference and exhibition which continues until October 11, 2019.

Through its theme #MakeEnergyWork, the 2019 AOP conference has set out to be a catalyst for greater economic growth and development through facilitating key conversations on the substantial role the energy sector has in empowering other sectors and building thriving and competitive economies.

“The energy industry is the economic engine of the African continent. We must and we can do more to attract more investment,” said Guillaume Doane, who also challenged industry decision-makers with important questions that are necessary in Africa achieving prosperity.

“Investors, are you ready to make Africa a bigger priority of your spending agenda? African governments, are you prepared to do what it takes to create a better environment for investors to come in. The time is now for Africa to be the leading destination for global energy investment. We must and we can do more,” he said.

H.E. Gabriel Mbaga Obiang Lima, Minister of Mines and Hydrocarbons of Equatorial Guinea also delivered a keynote address in which he noted the role the oil and gas sector plays in Africa’s development and, championed the energy sector as critical in Africa’s growth. Putting it clearly, he said: “Oil and gas is good for Africa. I will repeat it again, oil and gas is good for Africa.”  Adding that, “The future of resources in Africa is going to be gas.”

Representing H.E. Macky Sall, President of the Republic of Senegal, Minister Cissé spoke of the West African nations’ hydrocarbon potential and outline the government’s plans in leveraging this potential to see through greater economic growth: “Senegal’s presidential vision in the oil and gas space is driven by one key, goal: local content,” he said.

“Local content is not only an outstanding component of social inclusion and job creation, it also makes sense from an economic standpoint.”

On the importance of new investment relationships and especially, intra-Africa cooperation in making energy work for greater economic growth, NJ Ayuk encouraged delegates to engage in the dynamic presentations and gain first-hand knowledge of a wealth of investment opportunities in countries like Senegal, Equatorial Guinea, South Sudan and South Africa.

“We need to see African nations engage each other more, as the intra-African energy dialogue has remained too low given the natural resources potential of our continent,” he said.

In the ministers’ panel, Challenging the Status Quo – Making Energy Work for Africa, moderated by CNN’s Africa Editor Eleni Giokos, Minister Obiang Lima expressed his optimism that investors would return to Africa citing Africa’s hydrocarbon potential as a massive draw card for global investors. With this however, he noted the lack of necessary infrastructure in Africa’s energy sector as one of the major factors that have held back progress particularly in the LNG industry.

With the country concluding its licensing round, Minister Obiang Lima, also shared that the results of the EG Ronda would be available on 1 November 2019. And said while his ministry focused on “drill or drop” in 2019, 2020 would be anchored by “invest or drop”

During his AOP Talk, Guillaume Doane addressed key challenges and opportunities in Africa’s oil, gas and power sectors. He reminded the room that, “Africa continues to be amongst the top regions for making large oil and gas discoveries. In 2016, five of the 10 largest oil discoveries were in Africa. Whether it’s Mozambique, Angola, Senegal, or the Republic of Congo when companies drill, they tend to find oil more frequently than the world average.”

On the power sector, he provided that, “Solving South Africa’s and the rest of the continent’s power problem will require more market liberalization, more privatization, more public-private partnerships. Making that possible will demand that we change our mindset just as much as we change our policies.”

The AOP conference continues until October 11, program highlights include the launch of the Africa Energy Series investment reports on Angola, Senegal, South Africa

Learn more and get conference updates at www.AOP2019.com.