Lionesses to kick off their Olympic Qualifiers against Ghana 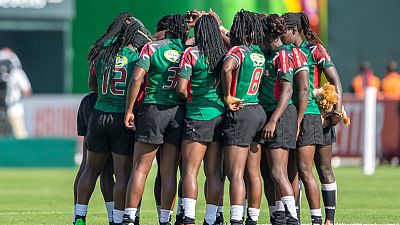 The Kenya Lionesses will be competing for a slot in the 2020 Tokyo Olympics next weekend in Jemmal, Tunisia during the Women’s Qualifiers that doubles up as the Africa Women’s 7s Championship on 12th and 13th October.

The ladies have been in session for the last two months after breaking from the 15s set where they finished second in the Rugby Africa Women’s Cup. The Lionesses will be out to not only defend the title they won last year but also seek a return to the Olympics after replacing South Africa as Africa’s representatives to the 2016 games in Rio following the Lady Blitzboke’s withdrawal.

They are top seeds in Pool A where they’ll meet Senegal, Ghana and Botswana on day one. Neighbours and last year’s runners up Uganda Lady Cranes top Pool B alongside South Africa, Zimbabwe and Zambia while Pool C comprises of hosts Tunisia, Morocco, Mauritius and Madagascar.

The Lionesses will kick off their Olympic Qualification against Ghana at 12:50pm EAT on Saturday 12th October, at 3:26pm they’ll take on Botswana before wrapping up their day one campaign at 6:00pm.

Speaking at the Press Conference, the Director of Women’s Rugby Moses Ndale and the KRU CEO urged the government to honour their promise of settling the National Teams’ allowances. This will play a big role in ensuring the teams are well prepared ahead of their various International assignments.

Enid Auma will be the non-traveling player.

Download logo
Lionesses To Kick Off Their Olympic Qualifiers Against Ghana