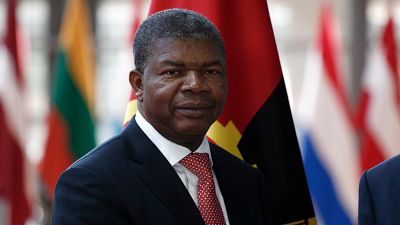 On the 16th of October, the U.S. – Angola Chamber of Commerce, in partnership with the Embassy of Angola in the United States and the Angola Representation at the World Bank Group, will host the first Angola Economic Forum (AEF), just before the 2019 Annual World Bank – IMF meeting. The Africa Energy Chamber (https://EnergyChamber.org/) endorses this event and encourages US based investors to take a new look at Angola in light of recent improvements made in Angola’s business operating environment.

The timing and the theme of the event, “Unlocking Angola's Growth Opportunities”, couldn’t be more appropriate. After nearly two years of deep institutional, legal and fiscal reforms, the Angolan business landscape is almost hard to recognize for anyone familiar with the business environment in the country over the last decade. The government of President João Lourenço has kept its promise to overhaul the country’s financial system, deconstruct chronically established rent-sinking structures and, above all, take direct aim at reorganizing the country’s economic backbone, its oil and gas industry.

From the onset of his ascension to power, President Joao Lourenco sought to make changes in key institutions like the National Oil Company Sonangol and the Oil ministry, favoring tried and proven professionals to political appointees as has often been the case in the past.

At the same time, the government took the landmark decision of stripping Sonangol from its regulatory role, putting an end to decades of conflicts of interest that stifled decision making and investment in the key oil and gas sector. Sonangol is no longer responsible for awarding oil exploration and production licenses to companies to which, it is technically a competitor. That is now the responsibility of the newly-created National Petroleum, Gas and Biofuels Agency (ANPG), an independent institution that, since 2018, manages the country’s oil and gas licensing procedures.

The Petroleum Agency is guided by a new oil and gas framework that has been in place over the past two years, a new natural gas specific legal framework, the first in the country’s history, was also drafted to provide clarity and give license-holders the right to explore these resources for their own benefit and that of the country. A new fiscal framework was drafted and implemented to make the industry more competitive and attractive to foreign investors and, more specifically, a comprehensive master-plan was drawn for the country’s extensive network of marginal fields, with which the government hopes to address dwindling production rates while it waits for renewed investment in exploration to pay off.

The energy sector is second to none on Lourenço’s agenda. The Minister Dimantino Azevedo has made it a priority to listen and be proactive to the industry concerns and create an enabling environment to execute Lourenço’s agenda. Opportunities to invest span from exploration in new blocks on offer to mid-stream refinery and downstream distribution expansion projects. Plans have been drawn to boost the country’s LNG production, and extensive works for new refinery capacity are well underway to rid the country of its dependency on fuel imports and permit Angola to become the refining hub for the subregion. A plan for monetizing Angola’s natural gas reserves and using them for power generation and industrial expansion has also been devised.

Beyond the paperwork, the regulatory institutions have been thinned, made more efficient and goal-oriented, while licensing procedures have been streamlined and are now much easier and quicker to navigate. Good governance and efficiency are driving the development of a conducive and enabling business environment. It’s a welcome all out house-cleaning that was long overdue.

So now, the time has come to address investors and partners, and open the doors for new mutually beneficial relations to be born.

Perhaps no action speaks louder in this sense than the Marginal Fields Bid Round that the Petroleum Agency and the Ministry of Mineral Resources and Petroleum is launching on the 3rd of October 2019. 10 fields will be put on offer in 2019, block 10 of the Benguela basin and blocks 11, 12, 13, 27, 28, 29, 41, 42 and 43 in the Namibe basin. The ongoing roadshow by the Petroleum Agency that had stopovers in Houston, Dubai and London was very widely attended, an indication of the interest that Angola’s oil and gas sector continues to foster with investors.

The fiscal and contractual incentives inscribed in the new fiscal and legal frameworks overseeing these fields have turned what used to be uneconomic prospects, into extremely enticing opportunities for capable oil and gas players. This is a landmark moment, as the last time an international public tender was held for oil licenses in Angola was back in 2011. The ANPG plans to hold a new tender every year in the run up to 2025. 55 licenses have been earmarked for bid rounds during this period, with estimated reserves in the billions.

The official announcement for the tender was made in early September 2019, in Luanda. Unsurprisingly, the second stop on the map of roadshows the ministry has prepared took place in Houston, Texas, on the 10th of September. It is no secret that the Angolan government has sustained a decades-long relationship with many of the US’s biggest oil players. Today, Chevron, ExxonMobil, Baker Hughes or Halliburton are dominant names in the market, alongside a few of their European counterparts.

The oil companies in particular, as describe in NJ Ayuk’s “Billions at Play: The Future of African Energy and Doing Deals,” which is currently available for order on Amazon, was a fundamental partner of the Angolan government in sustaining and developing the country’s oil industry through a civil war and many different crisis.

Now, Angola is again offering skillful American players of all sizes the opportunity to participate in mutually-beneficial partnerships that will contribute to the healthy and sustainable development of this world-class oil play.

After a successful roadshow in Houston, investors now have the opportunity to further understand the major opportunities available in the Angolan market by attending the Angola Economic Forum. This will be the first in a series of annual events designed to showcase the economic opportunities available in the Angolan market and build bridges with competent and capable partners. The one-day forum will focus on Angola’s economic outlook, its financial systems and, notably, on the recently-implemented reform efforts and the opportunities for private capital investments available today.

There has never been a better time to understand this market, so full of growth potential, at a moment when opportunities are being built on principles of transparency, profitability and long-term partnerships. Perhaps the most exciting oil play in Africa is at the verge of a new era, and American players should keep their eyes and ears open if they don’t want to miss out on the game.