Ombisi on the other hand was assessed during the Victoria Cup match between Kenya Simbas and Zimbabwe on 21st September by Rugby Africa’s Regional Training Manager Denver Wannies after which he was accredited.

The week leading up to the Victoria Cup match, KRU hosted a medical super week that had four courses running concurrently from the 17th to 19th: Immediate Care In Rugby Level 2 course, First Aid In Rugby Level One- this was specifically for the Kenya Lionesses and the Activate Injury Prevention Programme.

Out of eleven participants in the ICIR L2 course, five of them have received their accreditation; four of them Kenyans. Samuel Ochieng of Menengai Cream Homeboyz, Victor Boge of Strathmore Leos, Kennedy Odhiambo from Kenya Harlequins and Dr. Jeff Mailu of the AIC Cure Kijabe. This brings the total number of Kenyan ICIR L2 accredited personnel to 14. The ICIR Trainers during the medical superweek were Uganda’s Joseph Kalanzi, Kenya’s Aileen Taylor and Zimbabwes’s Austin Jean all who were under the supervision of World Rugby’s Luis Mendia.

The Activate is a simple-to-implement exercise Programme that reduces the risk of injuries in the game and contributes to player performance that was led by World Rugby’s researcher Mike Hislop. He had a total of eleven participants who are accredited Trainers and Educators. Seven foreigners and four Kenyans: Mary Ochieng, Richard Ochieng, KRU Training and Education Coordinator George Ndemi and the KRU Age Grade and Women’s Rugby Nicholas Aballa.

The Kenya Lionesses were Activated on the last day of the course after they had completed their FAIR Course that was conducted by National Team Physiotherapists Ben Mahinda and Lamech Bogonko. 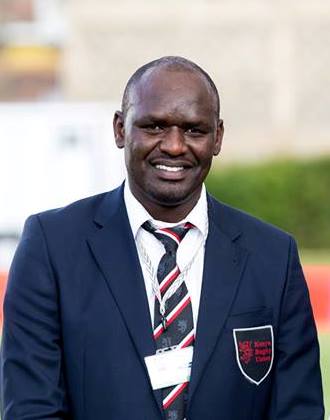