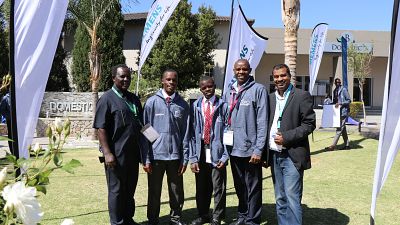 23-27 September 2019, Birchwood Conference Centre in Johannesburg is buzz with hundreds of enthusiastic, young scientists and innovators from across the African continent, eager to showcase their inventive science projects at the Eskom Expo for young scientists.

Innovative tech leader Siemens is once again a major sponsor at this event and will be giving one student a life changing opportunity, to join other former expo winners at the Siemens Technical Academy in Berlin for a three-and-a-half-year apprenticeship programme, then a guaranteed job at Siemens after completion. The company has also committed to supporting the development of young African innovators through its partnership with various schools in different countries on the continent.

Students from Sekondi College have been sponsored by Siemens to take part in the Eskom Expo for Young Scientists in Johannesburg, South Africa. All travel expenses of two learners and an educator from the school will be fully funded by Siemens. This sponsorship includes visa applications, flights, and transfers to the local accommodation. An additional two students and one educator from schools in Kenya, Uganda, Tanzania and Ethiopia have also received the same sponsorship as well as a chance for their best performing students to participate in the expo.

“The Eskom Expo for Young Scientists is well positioned to develop young, curios minds and it is with great pleasure that students from Sekondi College and other African regions have an opportunity to participate and represent their countries and their schools at the prestigious event,” says Edmund Acheampong, Country Manager for Siemens, Ghana.

In line with the company’s goal to promote Science Technology Engineering Mathematics Innovation (STEMI) in Ghana, Siemens has also partnered with Sekondi College to inspire interests in technology and innovation. This partnership has led to the refurbishment and restocking of the school’s computer lab with 45 state of the art computers and accessories as part of the company’s fulfilment of a Memorandum of Understanding (MoU) signed between Sekondi College and Siemens in September 2017.

Country Manager for Siemens Ghana, Edmund Acheampong says, investing in the future of young, African engineers is part of the Siemens DNA. “Our continent can only prosper if we empower and develop our young engineers and those who can make a change in Africa, for Africa. This is a unique opportunity promoting both international and multicultural exposure within Siemens while advancing the skills Siemens would require in the future,” concludes Edmund.

Distributed by APO Group on behalf of Siemens AG.

About Siemens:
Siemens AG (Berlin and Munich) (www.Siemens.com) is a global technology powerhouse that has stood for engineering excellence, innovation, quality, reliability and internationality for more than 170 years. The company is active around the globe, focusing on the areas of electrification, automation and digitalization. One of the largest producers of energy-efficient, resource-saving technologies, Siemens is a leading supplier of efficient power generation and power transmission solutions and a pioneer in infrastructure solutions as well as automation, drive and software solutions for industry. With its publicly listed subsidiary Siemens Healthineers AG, the company is also a leading provider of medical imaging equipment – such as computed tomography and magnetic resonance imaging systems – and a leader in laboratory diagnostics as well as clinical IT. In fiscal 2018, which ended on September 30, 2018, Siemens generated revenue of €83.0 billion and net income of €6.1 billion. At the end of September 2018, the company had around 379,000 employees worldwide. Further information is available on the Internet at www.Siemens.com. 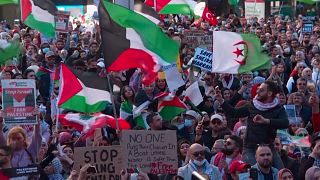