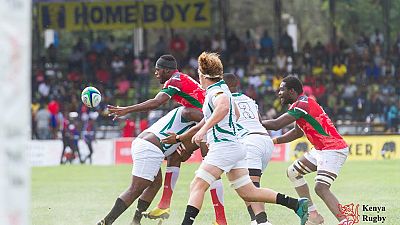 The Simbas squad taking on Zimbabwe on Saturday at 4:00pm at the Nakuru Athletics Club in the last 2019 Victoria Cup fixture was named on Thursday 19th September.

Kenya head into this match seeking to go back to their winning ways against Zimbabwe after suffering a 29-30 loss to the Sables in the first leg.

The Sables are first on the Victoria Cup log with 22 points after securing a much needed 41-5 win over Zambia last weekend while The Simbas are second with 16 points.

“It is always a special time for players, their clubs and families to earn a call up to the Simbas. There are those who have worked hard, but not made the team and they need to maintain their work ethic and focus.

We had hoped to continue to build momentum by maintaining consistency in selection. However a concussion injury to Samuel Asati means the man of the match from the Zambia match is not available. Indiscipline has led to the breaking of training protocols and as a result a number of the familiar faces have been dropped as we head to the last test match of the season,” said Head Coach Paul Odera.

Team Manager Jimmy Mnene added on to Odera’s comments saying, “My humble appeal to all the players in the country is that let us draw motivation from this world cup to propel us into the next by being better individuals on and off the pitch wanting more. The benchmark is where the country wants to go thus International standards of play and that is the only thing within our control.

The balance between youth and experience for the Simba’s will be key and the journey starts after the Zimbabwe test. Through this process, let us back the veterans and experienced as well as the young and inexperienced players. The game has progressed with today having six minutes ball in play higher in a match as compared to RWC 2015 with the same projected to increase by the next world cup. This will call for intensity and more in player conditioning. Players especially props have to be leaner and mean. What you lose in experience you gain in availability and agility. Thus, the risk has to be taken by striking a fine balance between the two set of players.’

Tickets are available at mtickets.com at Kshs. 500 for the regular and Kshs1,000/- for the VIP.