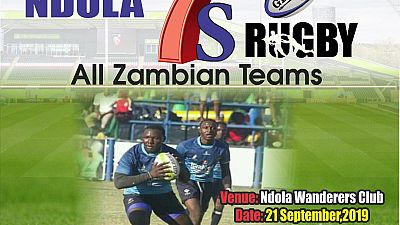 With Mufulira Leopards having claimed the Muf 7s trophy and Red Arrows laying claim to the Roan 7s trophy, the Ndola 7s trophy is up for grabs to whoever is determined, passionate and prepared enough.

If history and statistics are anything to go by, then either Arrows or Leopards are likely to win a second trophy in Ndola, as their consistency in the past few years is unquestionable. Their rivalry on the pitch is tangible, their skills and tactics are a marvel to watch and their supporters are expectant. However, it will be of no surprise if another team is crowned winner this weekend as a number of teams keep closing the gap with score margins and points in between.

The tournament has attracted participation from all the 16 teams in the Zambian League plus New comers Linda Lions, Zambian Fiji, Ndola B and Mufulira Barbarians. Other regular participants include;

The games will be held on Saturday 21st September, 2019 at Ndola Wanderers Grounds in Ndola City on the Copperbelt Province.

National Team selectors will also be on the lookout for talent, skills, discipline and work ethic as they aim to identify potential players for the Olympic Qualifiers to be held in Johannesburg, South Africa, later in the year.