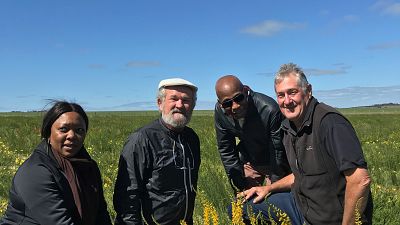 Millions of hectares of sandy, infertile Australian farmland could benefit from the commercialisation of a South African shrub, allowing farmers to better carry sheep over the summer-autumn period.

They discovered lebeckia, a perennial legume, in the Western Cape of South Africa and commenced trials on the poorest sandplain soils of the Western Australian Wheatbelt.

Lead researcher Professor John Howieson said lebeckia was designed to be used by farmers on soils that may otherwise be completely unproductive.

“Lebeckia has real potential to turn as much as three million hectares of Australia’s marginal farming lands into much more productive country, where its presence in pasture over summer could allow farmers to carry more sheep, grow more wool and provide better animal husbandry,” said Professor Howieson.

“It is a long sought after outcome of legume science in this State given its ability to grow during summer on infertile sandy soils.”

“Economic analysis has shown that using lebeckia on sandy soils could be worth up to $400/ha per year to the farmer,” he said.

“We think it will be incredibly valuable for farmers who can lamb or wean into it, and provide high-quality feed and shelter.”

Murdoch has been working with the South African Government to secure full commercialisation rights.

“Lebeckia is an acid tolerant legume that has been developed by the Agricultural Research Council and Murdoch University from genetic material collected on the acidic soils derived from sandstone in the Western Cape,” Dr Moephuli said.

“As cultivation and alien invasion reduces the soil pH, this species can be grown in soils affected by acidification.

“This is another milestone and innovation by the two institutions to assist the farmers to produce food for the growing population.”

Under the agreement, a royalty on seed sales will be paid to the Agricultural Research Council. The new crop will be also made available to South African farmers, meaning farmers in both Australia and Africa will have access to the benefits of this research.

The research project was funded by Murdoch University, with support from the Australian Centre for International Agricultural Research. The first seed will be available for sale next year.

The forum is part of the Third Murdoch Commission, a research investigation bringing together international experts and thought leaders to work on pressing problems and issues of public concern to Africa.

Distributed by APO Group on behalf of Murdoch University. 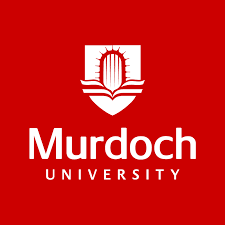