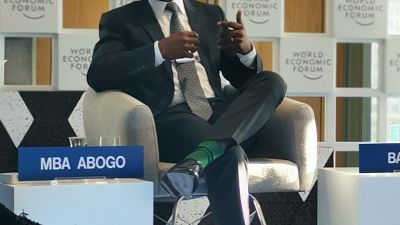 The Government of Equatorial Guinea, represented by the Ministry of Economy, Finance and Planning (http://bit.ly/2lJ4Mqo), has concluded a successful mission at the 28th World Economic Forum (WEF) on Africa, which was held last week in Cape Town, South Africa. H.E. Minister Cesar Mba Abogo led a team of officials that joined more than 1,500 regional and global leaders to discuss how innovation, cooperation, growth and stability can help drive a sustainable future for Africa. He also touted favorable economic indicators in Equatorial Guinea and ongoing efforts to strengthen regional trade and stabilize Central Africa’s currency, the CFA.

“The macro-economic indicators for Equatorial Guinea and the wider CEMAC region look very positive thanks to a stable oil price and major fiscal adjustments that have improved our ability to mobilize resources,” added the Minister. “We are creating value for our citizens that is of huge financial benefit for us. Equatorial Guinea is collecting more taxes and royalties that is showing a full recovery since the oil price collapse of 2014.”

At WEF Africa, the Minister outlined the country’s roadmap to accomplish the Fourth Industrial Revolution. He also touted the success of the three investment conferences being hosted in Equatorial Guinea this year, as well as the improving ease of doing business in the country and historic efforts to increase the availability of accurate and up-to-date statistics on the country and its economy. The Minister also discussed the importance of Equatorial Guinea’s membership in OPEC, whose historic oil production cuts have been credited with stabilizing oil prices and returning the industry to a new phase of investment.

“We cannot overstate the enormous value that belonging to OPEC has for Equatorial Guinea,” the Minister said. “For countries like ours which depend on oil revenues to fuel economic growth, it is vital that we have a voice in organizations that enable us to have a global impact and help us control our own destiny.”

“With the signing of the AfCFTA and the need to develop a stronger middle class and move people out of poverty, Equatorial Guinea is going to be more competitive, and more resourceful than ever,” the Minister concluded. “When we collaborate with our investors, we will create more jobs for our citizens and accomplish our goal of building a country where everyone benefits from the growth we create together.”

Distributed by APO Group on behalf of Ministry of Finance, Economy and Planning of the Republic of Equatorial Guinea (Malabo).
Media files 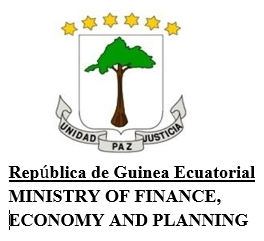