As Ebola cases reach 3000 in Democratic Republic of the Congo (DRC), WHO calls on all partners to fulfill promises to communities 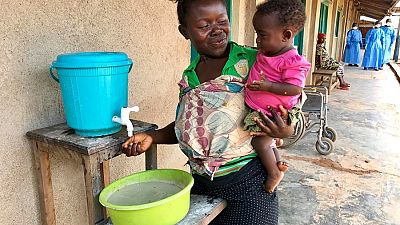 As the Ebola outbreak in the Democratic Republic of the Congo reaches 3000 cases, WHO calls for the full force of all partners to respond and increase their presence in the field to stop Ebola and to address one of the largest and most complex humanitarian crises in the world.

“Our commitment to the people of the Democratic Republic of the Congo is that we will work alongside them to stop the Ebola outbreak,” said WHO Director-General Dr Tedros Adhanom Ghebreyesus.  “Our commitment also means strengthening the health systems to give them all the other things they need. Building strong systems is what will protect people, communities and the world.“

With a population of 80 million, the Democratic Republic of the Congo has more than 4 million displaced and is home to the world’s second largest food crisis with 13 million people food insecure. Since January 2019, there have been outbreaks of cholera (15 331 cases, 287 deaths), measles (161 397 cases, 3117 deaths) and malaria, the leading cause of death in the DRC, which kills more than 48 000 people every year.

Dr Tedros will accompany UN Secretary-General Antonio Guterres on his mission to the country this weekend, along with senior officials, including Dr Matshidiso Moeti, WHO Regional Director for Africa.

“We are working in an incredibly complex environment, but thanks to support from donors and actions taken by the Ministry of Health, WHO and partners, we have saved thousands of lives,” said Dr Moeti. “We strive towards a much more united approach and call on NGOs and UN partners to continue to accelerate all activities. Everyone has a role to play and we each must be accountable for what we signed up to do, only then will we end this outbreak.”

More than 200 000 people have been vaccinated against Ebola in the Democratic Republic of the Congo, along with health and frontline workers in Uganda, South Sudan, Rwanda and Burundi. Two therapeutic treatments being used in the country as part of a clinical trial have shown to save 9 of 10 lives if used at the right time.

More than 89 million screenings within the country and at international borders have helped control the spread, by identifying and providing care to anyone with symptoms. On 29 August, Ugandan health officials announced confirmation of another case in the country: a child who had crossed over from the Democratic Republic of the Congo. As this alert underlines, regional preparedness will remain key.

Download logo
As Ebola cases reach 3000 in Democratic Republic of the Congo (DRC), WHO calls on all partners to fulfill promises to communities