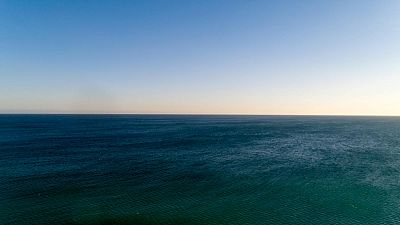 At least 40 people are estimated to have drowned off the coast of Libya in the latest boat disaster on the Mediterranean. This shocking incident has prompted UNHCR, the UN Refugee Agency to renew its urgent call for action to save lives.

Some 60 survivors have been rescued and brought to shore in the coastal town of Al-Khoms, around 100 kilometres east of Tripoli. A rescue operation, carried by the Libyan Coast Guard and local fisherman, has been underway since this morning and is ongoing.

“We must not simply accept these tragedies as inevitable,” said Vincent Cochetel, UNHCR Special Envoy for the Central Mediterranean. “Sympathies must now become actions that prevent loss of life at sea, and prevent the loss of hope that motivates people to risk their lives in the first place.”

UNHCR teams are providing the survivors with medical and humanitarian assistance. This latest incident follows just weeks after a shipwreck where some 150 lives are estimated to have been lost in the worst single incident on the Mediterranean this year.

Following today’s tragedy, it is estimated that some 900 people have lost their lives attempting to cross the Mediterranean in 2019.

UNHCR is calling for renewed efforts to reduce the loss of life at sea, including a return of EU State search and rescue vessels. Legal and logistical restrictions on NGO search and rescue operations, both at sea and in the air, should be lifted. Coastal states should facilitate, not impede, efforts by volunteers to reduce deaths at sea.

These measures should go hand in hand with increased evacuation and resettlement places from States to move refugees in Libya out of harm’s way.

This incident comes on the same day UNHCR’s Deputy High Commissioner for Refugees, Kelly Clements, visited Libya to assess the country’s rising humanitarian needs. Clements called for increased support to people affected by the ongoing violence, including refugees and migrants, and reiterated UNHCR’s call for an end to the arbitrary detention of people rescued at sea and returned to Libya. Clements pledged UNHCR’s commitment to work with Libyan authorities in setting up alternatives to detention for more than 4,800 refugees and migrants currently being held inside detention centres.

Download logo
In the year to date, more than 850 people have died or gone missing attempting to cross the Mediterranean Sea to Europe