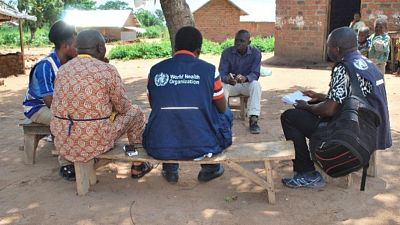 Following the 2016 crisis in the South West and North West Anglophone regions of Cameroon, a large number of asylum seekers fled into neighboring villages in Cross River State Nigeria for safety. The asylum seekers mainly came from Akwaya, Otu, Eyumojock, Nsan, Dadi and Bodam villages. The World Health Organization (WHO) is supporting the state to reach more refugees against Polio.

Migration and infectious diseases are highly connected. Immigrants are associated with the spread of infectious diseases, it is also important to recognize that some migrants—particularly refugees fleeing war, persecution, or natural disaster—come from regions with weak or disrupted health systems therefore face a unique set of challenges to health care, hence the need for immunization.

“For you people to travel all the way from Calabar during this rainy period to immunize our children, may you be blessed and rewarded” says Ketches Peter, Head of the 13 autonomous Communities in the Okende Refugees Settlement, Ogoja Local Government Area (LGA) of Cross River State. “We are so happy with your support.”

Mr Peter’s praises are a reflection of the dire need for health and humanitarian assistance in the refugee settlement areas. As at 31 July 2019, 74% of the Cameroonian refugees in Nigeria reside either in recognized settlement camps or within host communities across six LGAs of Cross River State. Unfavorable living and environmental conditions continue to be the main challenge among refugees.

The WHO Nigeria Expanded Program on Immunization (EPI) Unit resolved to leverage on National Immunization Days (NIDs) to vaccinate all eligible refugee children, not only in Okende and Adagom refugee Settlements of Ogoja LGA, but also across all other settlements in six LGAs of the State.

Prior to the implementation of the July 2019 NIDs, WHO team conducted an advocacy visit to community leaders of the communities in Adagom and Okende Refugee Settlements in Ogoja LGA seeking collaboration and commitment towards successful implementation of the exercise. With the support of biometric registration data from UN High Commission for Refugees (UNHCR) micro-plans were developed with community leaders to ascertain the spread of refugees within and outside Ogoja LGA.

Vaccination team members were nominated from the refugees trained and carefully selected alongside State Government health workers with daily orientation before commencement of the daily vaccination activities.

“During the implementation exercise, there was supervision by the WHO led team on the ground and committed refugee community heads ensured that pockets of non-compliance were resolved and all eligible children immunized,” says WHO Cross River State Coordinator, Dr Rilwan Raji.

At the advocacy visit to the elected Chairman and Head of the 41 Communities in Adagom, Dr Raji and his team emphasized the need to go beyond the polio national immunization days soliciting the support of the community leaders to mobilize their wards for weekly routine immunization sessions at the health centers in Adagom and Okende, which they fully agreed.

“WHO will continue to work with Government to ensure every child is immunized and not one single child left behind,” he stated.

The national immunization campaign was held with the supervision of the state government from 20 to 23 July 2019 using the household, fixed- post and special teams strategy throughout Cross River State benefitting the two refugee settlements in Ogoja, as well 26 refugee host communities across six (6) LGAs- Akamkpa, Bakassi, Boki, Etung, Ikom, Obanliku. A total of 5,863 eligible children from refugee camps were vaccinated with two drops of the oral polio vaccine (OPV) as against 2,042 and 1,809 vaccinated in April and July 2018 NIDs respectively when the influx into Cross River initially began. 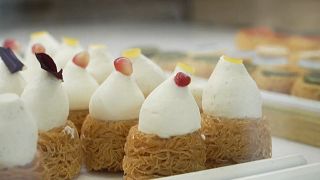