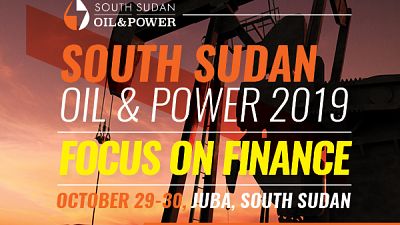 Egypt is in position to take a leading role in overhauling South Sudan’s oil production, with Egypt’s Minister of Petroleum agreeing to speak at the South Sudan Oil & Power conference on October 29-30. The announcement comes in the wake of a major new oil discovery in the Adar oilfield in Block 3 containing more than 300 million barrels of recoverable oil.

With a major focus on ramping up its oil industry during a period of peace, South Sudan is recovering its position as a major African producer and is actively creating a favourable investment climate through high level discussions with energy leaders, ministries and companies at South Sudan Oil & Power 2019, produced by Africa Oil & Power (AOP).

“We are very excited to confirm H.E. Tarek El-Molla and a delegation from Egypt to this year’s South Sudan Oil & Power,” said Guillaume Doane, CEO of Africa Oil & Power. The participation of Nile Basin countries and stimulating regional trade is a big priority for this year’s conference. Egypt has tremendous technical experience that can deliver significant value to South Sudan’s petroleum and power industries.”

Under the theme ‘Focus on Finance’ SSOP 2019 is set to explore the challenges and means of financing projects, attracting new investment, and investing in facilities. In addition to finance, the conference will examine community development, environmental issues, and oilfield technology.

AOP is talking with Egyptian companies to bring a delegation of private and public sector companies to Juba as part of an Egypt-South Sudan petroleum industry trade mission. There are numerous opportunities for investors to enter South Sudan’s revived oil and energy space. Egypt has a dynamic on- and offshore industry and is the largest oil producer in the Nile Basin region.

“The Ministry of Petroleum is committed to working closely with its partners to make available the significant opportunities in the South Sudanese oil and gas sector to new entrants,” Minister Chuang said in an invitation to Egyptian companies to visit Juba for SSOP.

South Sudan’s Ministry of Petroleum has made numerous appeals for oilfield technology providers to enter the country, which has Africa’s third largest oil reserves. The government estimates that only one quarter of South Sudan has been explored to date. The country is dedicated return to pre-war production levels of 350,000 barrels of oil per day by 2020 by increasing production in Greater Pioneer Operating Company’s recently rehabilitated oilfields and resuming production in Sudd Petroleum Operating Company fields.

Minister Chuang will announce South Sudan’s 2020 oil and gas licensing round at two strategic conferences this October: Africa Oil & Power 2019 (https://bit.ly/30pYOtW) in Cape Town, South Africa, on October 9-11 and South Sudan Oil & Power (SSOP) 2019 in Juba on October 29-30. The Minister will also announce a tender for an environmental audit for the country’s producing oilfields at the SSOP conference.

Find out more and register for your delegate pass at https://AfricaOilandPower.com/event/SSOP-2019